The Supreme Court won't hear an appeal from Ford Motor Co. seeking to recover about $450 million in interest on taxes the company overpaid the Internal Revenue Service. 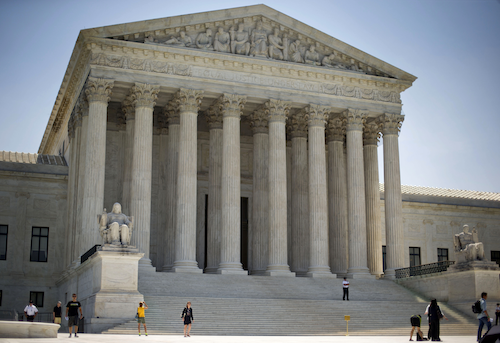 WASHINGTON (AP) — The Supreme Court won't hear an appeal from Ford Motor Co. seeking to recover about $450 million in interest on taxes the company overpaid the Internal Revenue Service.

The justices on Monday left in place a lower court ruling that upheld the IRS' refusal to pay the interest.

The case began when Ford made an $875 million payment in the 1990s after the IRS said the company had underpaid taxes by nearly $2 billion during the previous decade. Ford initially paid the money as a cash bond, but later asked the IRS to treat it as an advance tax payment.

The IRS ultimately determined that Ford's deposit was an overpayment, but said interest started accruing only when it was converted to an advance tax payment. Ford disputed that decision.