Hillary Clinton was among the patients and politicians who voiced outrage this week after it became public that the price of a 62-year-old drug used to treat a life-threatening infection had been raised by more than 5,000 percent. 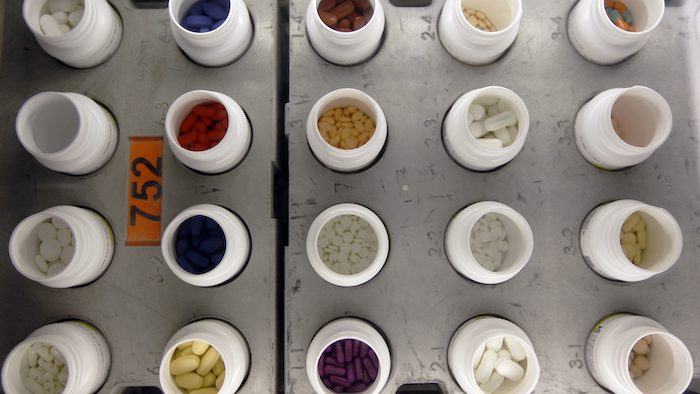 TRENTON, N.J. (AP) — Hillary Clinton was among the patients and politicians who voiced outrage this week after it became public that the price of a 62-year-old drug used to treat a life-threatening infection had been raised by more than 5,000 percent.

But exorbitant drug price hikes like that have happened increasingly over the last few years. And they could become even more common because of decreasing competition in the pharmaceutical industry, among other factors.

The issue was brought to light after a Sunday article on drug price increases by The New York Times.

The story featured Turing Pharmaceuticals, a startup that paid Impax Laboratories $55 million in August for rights to Daraprim. It's the only approved treatment for a rare parasitic infection called toxoplasmosis that mainly strikes pregnant women, cancer patients and AIDS patients.

The price increase evoked public outrage among some patients and industry groups. Hillary Clinton, a Democratic presidential candidate, called the move "price gouging," and then released proposals to address some aspects of rising drug prices.

Late Tuesday after the public outcry, Shkreli said he would reduce the price of Daraprim. A Turing spokesman told The Associated Press on Wednesday that Turing is committed to "a serious price adjustment," but hasn't decided how much or set a timetable.

But rising drug prices are likely to remain an issue for the industry. Here are some questions and answers on the subject:

Q: How can these price spikes happen?

A: Companies generally can charge what they want for approved drugs because the U.S. government doesn't regulate medicine prices, as other countries do. The powerful pharmaceutical lobby has repeatedly fended off proposals that would cut into profits, from setting up price controls to allowing Medicare to negotiate discounts on drugs it buys for beneficiaries.

That means the primary check on medicine prices is large buyers — insurance companies, big hospital chains and group purchasing organizations that negotiate sizable discounts off the manufacturer's wholesale price. That happens when several companies make the same generic drug or similar brand-name drugs. When patents on popular brand-name drugs expire, multiple generic versions usually go on sale within a year, and then the generics cost much less, as little as 10 percent of the brand-name drug's price.

When there's no competition, big buyers and payers can't rein in prices.

A: For many generic drugs, industry consolidation has left only one or two companies making a particular medicine. That's led to lengthy shortages for an increasing number of crucial medicines, driving up prices, particularly for drugs for infections, blood pressure and seizures. Even without shortages, prices have jumped tenfold or more for generics only made by one or two companies.

The Turing case highlights a recent trend in which a drugmaker buys a smaller one or just its rights to an old brand-name drug, intending to sharply increase the price, said Dr. Peter B. Bach, director of the Center for Health Policy and Outcomes at Memorial Sloan-Kettering Cancer Center.

He said this works only when the drug is essential, there's little or no competition and no good alternative medicine, and the number of potential patients is too small for a rival drugmaker to spend a few years and tens of millions of dollars to get Food and Drug Administration approval to sell the same drug.

Bach noted Canadian drugmaker Valeant Pharmaceuticals International Inc. twice this year bought heart drugs and then hiked the price threefold or more. Other companies have used the same strategy, including for pain drugs.

"It's all legal," Bach said. "It is the worst kind of capitalization on the needs of the sick."

A: The higher prices initially mainly hit people paying out of pocket, said Rob Frankil, owner of Sellersville Pharmacy in southeastern Pennsylvania, who testified last fall at a congressional hearing about big increases in generic drug prices. Over time, the spikes affect the whole health system.

"We pay for it in the end," through rising insurance premiums and deductibles, plus taxes that fund federal health programs, said Frankil, who now regularly sees patients, sticker-shocked by an increase, decide to go without their medication, ration it or switch to a cheaper, less-effective drug.

A: Drug prices could well be a major issue in the presidential race, though proposals by Clinton and one of her Democratic opponents, Bernie Sanders, are unlikely to pass in the current Republican-controlled Congress. Most have been rejected previously. But the increasing outcry from patient groups may make industry CEOs hesitant to attempt such huge price increases.