Federal labor regulators levied fines totaling more than $1.4 million for violations involving a North Carolina chicken producer this year, in part due to accidents that resulted in a teenager losing his leg and another worker losing his fingers. 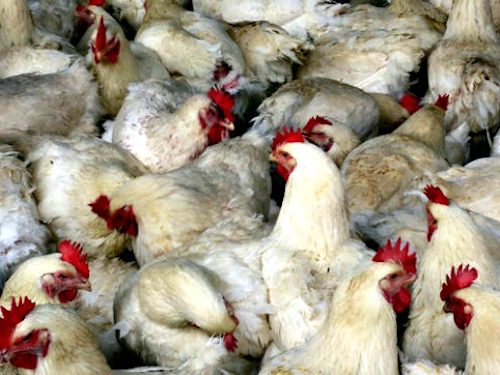 Federal labor regulators levied fines totaling more than $1.4 million for violations involving a North Carolina chicken producer this year, in part due to accidents that resulted in a teenager losing his leg and another worker losing his fingers.

A 17-year-old subcontractor with cleaning company Cal-Clean had his left leg amputated from the knee down following an April 7 accident while cleaning a liver-giblet chiller machine.

Less than two weeks earlier, a 24-year-old Case Farms worker lost the tips of the middle and ring fingers on his right hand while cleaning a fat sucker machine.

Both workers were subsequently fired, according to an OSHA statement. The proposed fines totaled $424,600.

The latest citations followed an $861,500 assessment in August for violations at Case's plant in Winesburg, Ohio. OSHA also placed the company in its Severe Violator Enforcement Program at that time.

The owner of Cal-Clean, meanwhile, was hit with $179,700 in fines for 10 safety violations this week.

Two additional OSHA investigations at the Canton facility are pending. The plant allegedly experienced problems with its ammonia refrigeration system and some workers experienced symptoms of foodborne illness.