Coca-Cola says it will not renew its sponsorship of a professional group for dietitians, bringing to a halt one of many outreach efforts on health by the world's biggest soda maker. 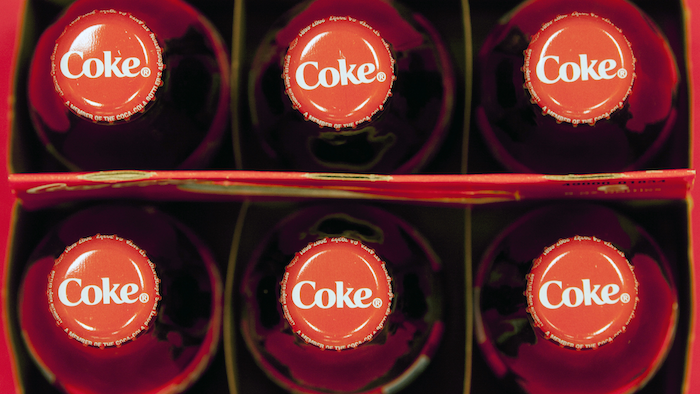 NEW YORK (AP) -- Coca-Cola says it will not renew its sponsorship of a professional group for dietitians, bringing to a halt one of many outreach efforts on health by the world's biggest soda maker.

The maker of Sprite, Dasani and Powerade has been working to slash costs as it faces pressure from investors to improve its financial performance.

The decision not to renew contracts with the various groups also comes as Coca-Cola has come under fire for its funding of programs and partnerships on health matters. Critics say the company uses such outreach to try and downplay the role of sugary drinks in fueling obesity, in some cases by shifting the focus to the need for more physical activity.

Last week, Coca-Cola disclosed that it spent $118.6 million since 2010 to fund a wide array of organizations and experts related to health and nutrition matters. The disclosure was part of the company's pledge to be more transparent after it faced criticism following a New York Times story that detailed its financial support for a group called the Global Energy Balance Network.

In a video, one of the network's leaders had said the media focuses on "blaming fast food, blaming sugary drinks, and so on." The network later said that the suggestion that it promotes the idea that exercise is more important than diet "vastly oversimplifies" the issue.

Sandy Douglas, president of Coca-Cola North America, has said the company also plans to form an advisory board that will help steer its efforts on health matters going forward.

The details of Coca-Cola's support varied depending on the organization. With the American Academy of Family Physicians, for instance, the company provided $1.2 million over the past two years to underwrite a consumer education website. Robert Wergin, president of the academy, has said the group is open to working with Coca-Cola again.

In an emailed statement, Karen Remley, executive director of the American Academy of Pediatrics, said the group has no plans to renew its relationship with Coca-Cola.

"The AAP board of directors and CEO, listening carefully to our members, regularly assesses our relationships with funders to make sure our values align," she said in the statement. The group said it made its decision not to renew the contract independent of Coke.

A representative for the Academy of Nutrition and Dietetics, Ryan O'Malley, said neither the academy nor Coke "pursued an opportunity for sponsorship renewal." He said all future sponsorship opportunities would be "evaluated on a case-by-case basis."

In an email to members Sunday evening, the Academy of Nutrition and Dietetics noted the ending of the sponsorship, and that Coca-Cola would not set up a booth at the group's annual conference, which begins Saturday. Coca-Cola Co. said the booth would have cost additional funds beyond its sponsorship for this year.

A group called Dietitians for Professional Integrity has been calling on the academy to sever its ties with soda companies like Coca-Cola.