At 10 percent better mgp than the 2015 version, the 2016 Prius is more sculpted and sportier looking than the current version as Toyota tries to move the car from appealing mainly to environmentalists to more of a mainstream vehicle. 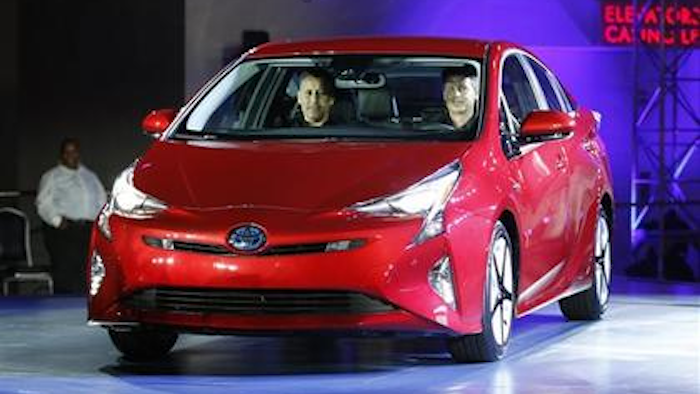 The rollout of Toyota's new Prius comes at an inauspicious time for gas-sipping vehicles.

The Japanese automaker unveiled a sleeker version of the car that runs on gas and electricity at a glitzy event Tuesday night in Las Vegas. But gas prices nationwide were at $2.39 per gallon Thursday, the lowest level in since 2004, and analysts expect more declines now that summer driving season has ended. South Carolina prices are under $2 per gallon according to AAA, and four other states were at $2.10 or lower.

"What once was a rational purchase that for many customers focused on fuel economy is now so much more," said Bill Fay, general manager of the Toyota Division in the U.S.

U.S. Prius sales peaked at nearly 237,000 in 2012 with the introduction of wagon and compact models. Gasoline averaged $3.63 per gallon that year, the most expensive year on record. But since then, Prius sales have fallen to just over 207,000 last year. Through August sales are down 17 percent from a year earlier.