New Studies Point Out The Dangers Of 'Talking' To Your Car

Two new studies have found that voice-activated smartphones and dashboard infotainment systems may be making the distracted-driving problem worse instead of better. 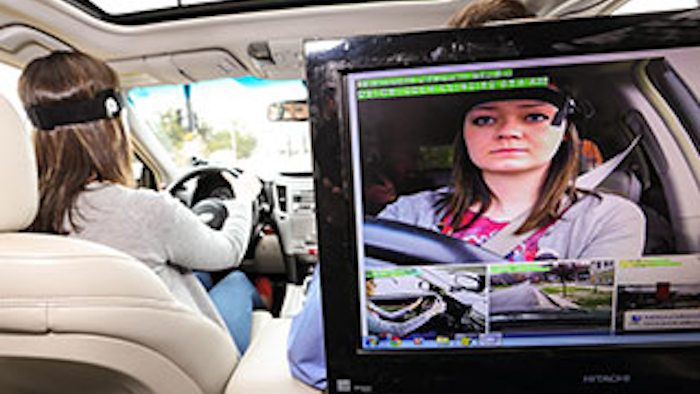 WASHINGTON (AP) — Just because you can talk to your car doesn't mean you should. Two new studies have found that voice-activated smartphones and dashboard infotainment systems may be making the distracted-driving problem worse instead of better.

The systems let drivers do things like tune the radio, send a text message or make a phone call while keeping their eyes on the road and their hands on the wheel, but many of these systems are so error-prone or complex that they require more concentration from drivers rather than less, according to studies released Tuesday by the AAA Foundation for Traffic Safety and the University of Utah.

One study examined infotainment systems in some of the most common auto brands on the road: Chevrolet, Chrysler, Ford, Hyundai and Mercedes. The second study tested the Apple iPhone's Siri voice system to navigate, send texts, make Facebook and Twitter posts and use the calendar without handling or looking at the phone. Apple and Google are working with automakers to mesh smartphones with infotainment systems so drivers can bring their apps, navigation and music files into their cars.

The voice-activated systems were graded on a distraction scale of 1 to 5, with 1 representing no distraction and 5 comparable to doing complex math problems and word memorization.

The systems were tested by 162 university students and other volunteers in three settings: a laboratory, a driving simulator and in cars while driving through a Salt Lake City neighborhood.

Chevrolet's MyLink received the worst rating, 3.7, among the infotainment systems. Infotainment systems from three other automakers — Mercedes, Ford and Chrysler — also were rated more distracting for drivers than simply talking on a hand-held cellphone.

"What we continue to see from customers is that they demand this level of technology in their vehicles, that access to music and access to calls is now a critical part of the driving experience and so we're looking at innovative ways to provide that," Chevrolet spokeswoman Annalisa Bluhm said.

The systems with the worst ratings were those that made errors even though drivers' voice commands were clear and distinct, said David Strayer, the University of Utah psychology professor who led the two studies. Drivers had to concentrate on exactly what words they wanted to use and in what order to get the systems to follow their commands, creating a great deal of frustration.

Siri sometimes garbled text messages or selected wrong phone numbers from personal phonebooks, Strayer said. During one test, Siri called 911 instead of the phone number requested by the volunteer driver and the driver had to scramble to end the call before it went through. Siri found the number in the driver's phonebook because the driver had called it once before.

"When these systems become more complex, like sending text messages or posting to Facebook, it pushes the workloads to pretty high levels and may be dangerous while driving," Strayer said.

The studies contradict claims by automakers, who have been pitching the voice systems to car buyers as a way they can safely enjoy social media and connectivity. Safety advocates say drivers assume that such systems are safe because they are incorporated into vehicles and are hands-free.

The National Highway Traffic Safety Administration, which regulates vehicle safety, has issued guidelines to automakers for dashboard systems and is working on similar guidelines for cellphones and voice-activated systems, but the guidelines are voluntary.

"Infotainment systems are unregulated," said Deborah Hersman, president of the National Safety Council and former chairman of the National Transportation Safety Board. "It is like the Wild West, where the most critical safety feature in the vehicle — the driver — is being treated like a guinea pig in human trials with new technologies."

Two of the infotainment systems were rated relatively low for distraction. Toyota's Entune received a 1.7, the distraction equivalent of listening to an audiobook, and Hyundai's Blue Link Telematic System received a 2.2.

"The good news is that really well-designed systems offer us the possibility to interact in ways that aren't so distracting," Strayer said.