Google Tries To Upstage Apple With Its Latest Devices

Google is coming out with bigger, more expensive versions of its Nexus phone and tablet to attract more of the affluent consumers who faithfully buy each new generation of Apple's iPhone and iPad. 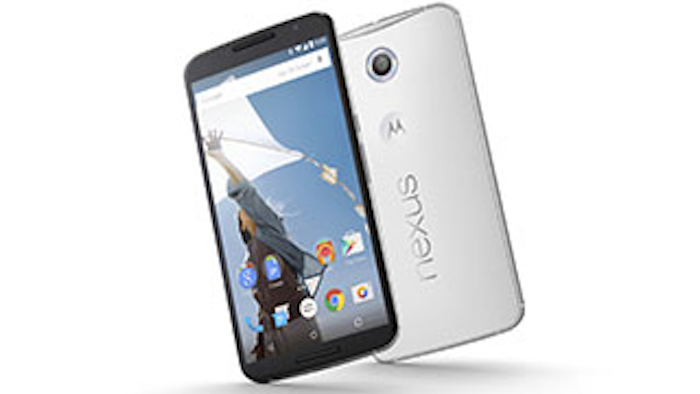 SAN FRANCISCO (AP) — Google is coming out with bigger, more expensive versions of its Nexus phone and tablet to attract more of the affluent consumers who faithfully buy each new generation of Apple's iPhone and iPad. It's also releasing a new streaming video and music device, Nexus Player, to compete with Apple TV and Roku, among others.

The new lineup announced Wednesday is Google's latest volley in its duel with Apple in the increasingly important mobile device market. Google's Android software and Apple's iOS software power most of the world's smartphones and tablets.

The Nexus products, which will hit store shelves in November, also will compete against a variety of other phones and tablets that run on the free Android software, including popular devices made by Samsung Electronics.

Both of the Nexus devices will run on a new version of Google's Android operating system. The latest software is called "Lollipop" in keeping with Google's tradition of naming its Android upgrades after treats.

Google's product unveiling came on the eve of a Thursday event where Apple Inc. is widely expected to update the trend-setting iPad that has defined the tablet market since its 2010 release.

The latest Nexus 9 tablet, made by HTC, features a nearly 9-inch screen — two inches larger than the previous version. The device also will cost considerably more, with prices for the Nexus 9 starting at $399 — 74 percent more than its predecessor. That's still $100 less than the starting price for the current iPad Air, which has a nearly 10-inch screen.

The new smartphone, called the Nexus 6, boasts a nearly 6-inch screen, eclipsing the 5.5-inch display on the iPhone 6 Plus that Apple began selling last month.

Google is charging a comparable price for the Nexus 6, with prices beginning at $649 for a phone without a wireless contract commitment. That's $300 more than the previous generation, a Nexus 5 with a roughly 5-inch screen.

Consumers can dramatically lower their upfront expense for the Nexus 6 by locking into an Internet data plan with any of the wireless carriers that will begin selling the phone next month. The carriers include A&T, Verizon, Sprint and T-Mobile in the U.S. Google's own Motorola Mobility is making the Nexus 6.

The dramatic price increases on the Nexus devices represents a strategic shift for Google. The Mountain View, California, company traditionally has hailed the Nexus line as state-of-the-art products available at more affordable prices than Apple's devices.

Because Google gives away its Android software, other devices running on the software typically sell for less than the iPhone and iPad. That has enabled more people around the world to buy smartphones and tablets.

But makers of mobile apps have poured more resources into tailoring their products for the iPhone and iPad because the owners of those devices typically have more disposable income to spend.

Google is now aiming for more of Apple's affluent market with the Nexus line while trying to ensure people with lower incomes can still buy smartphones through a recently launched program called Android. One. The first Android One phones went on sale in India last month for roughly $100.

Getting more people online benefits Google because the company has built a lucrative digital ad network though its dominant search engine and other services, including email, maps and YouTube video clips.