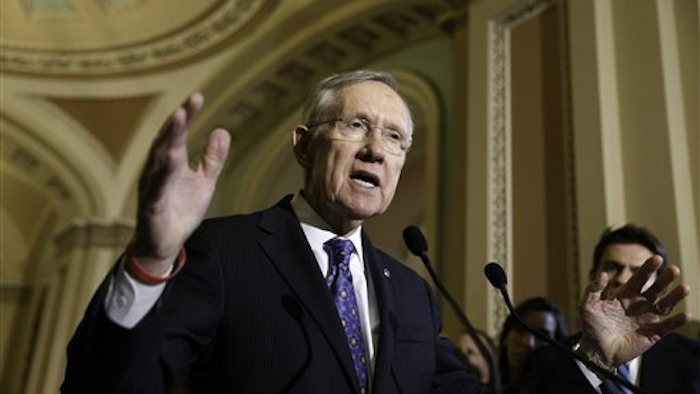 "It would end the absurd practice of American taxpayers bankrolling the outsourcing of their very own jobs," said Senate Majority Leader Harry Reid, D-Nev.

"We need to close this indefensible loophole and instead start rewarding the companies that are doing the right thing and bringing jobs back to America," said Sen Debbie Stabenow, D-Mich.

President Barack Obama supports the bill, the White House said in a statement.

Most Republicans joined Democrats in voting to take up the bill. But GOP senators are unlikely to support final passage of the bill without significant changes.

A growing number of bills have died in the Senate this year because Democrats and Republicans couldn't agree on amendments. Senate Republican Leader Mitch McConnell of Kentucky suggested that the tax bill could join the list.

"It's a bill that's designed for campaign rhetoric and failure, not to create jobs here in the U.S.," McConnell said. "But that's not stopping our friends on the other side from bringing it up again — just as they did right before the last big election too."

The bill would cost U.S. companies that move overseas $143 million in additional taxes over the next decade, according to the Joint Committee on Taxation, which analyzes tax bills for Congress. Companies moving into the U.S. would see their tax bills drop by $357 million over the same period.

The difference — $214 million — would be added to the budget deficit.