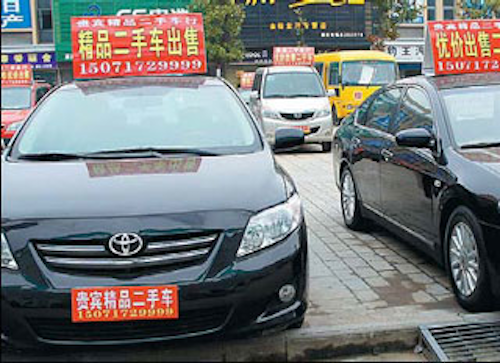 Sales rose 10.5 percent from a year earlier to 1.2 million vehicles, according to the China Association of Auto Manufacturers. That was up from June's 9.3 percent growth and 9 percent in May.

The strong sales could come as reassurance to global automakers that are looking to China to drive revenues amid weakness elsewhere.

They add to signs China's deepest economic slump since the 2008 global crisis might be stabilizing.

Total vehicle sales, including trucks and buses, rose 9.9 percent to 1.5 million vehicles, according to CAAM.

Sales growth for Japanese brands accelerated to 17.6 percent from June's 16.5 percent, improving from a slump that began last year amid tensions between Beijing and Tokyo over ownership of uninhabited islands in the East China Sea.