Executives with Micron Technology Inc. are taking steps to cut about 5 percent of the company's workforce in offices, fabrication facilities and research labs in Idaho and across the world. 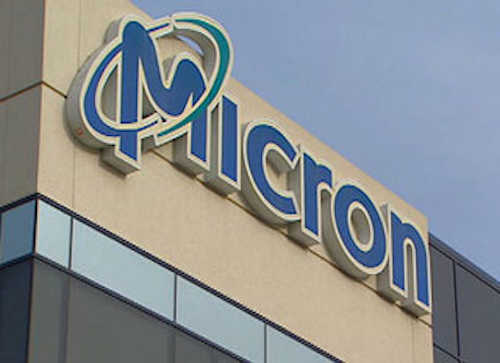 BOISE, Idaho (AP) -- Executives with Micron Technology Inc. are taking steps to cut about 5 percent of the company's workforce in offices, fabrication facilities and research labs in Idaho and across the world.

The cuts were announced starting Aug. 7 and come in the wake of Micron's acquisition of Japanese competitor, Elpida. The Boise-based computer memory chip maker has about 30,000 workers, meaning the cutback is aimed at trimming about 1,500 employees.

Company executives won't say how the reduction will affect Micron's Boise campus, which has about 5,600 employees.

"The timing, extent and duration of potential workforce changes will vary by organization, geography, function and business needs across the company," Micron said in a statement Monday

Reduction will come through attrition, voluntary buyouts and layoffs, and will be completed by 2014.

Micron's employee reductions are not a direct result of the company buying Elpida Memory Inc., which has 5,000 employees, said Dan Francisco, a Micron spokesman.

Such reductions are commonplace in tech companies striving to keep their workforce in line with the competitive industry, said Mike Howard, a semiconductor analyst for IHS iSuppli and a former Micron employee. Tech companies such as Intel have done 5 percent workforce reductions in the midst of profitable years, he said.

"Your workforce is constantly going to shift," Howard said.

Dave Petso, of Petso Financial Consultants in Boise, said letters detailing the cuts have been distributed along with severance package offers. Petso says the reduction of payroll in Boise appears to be heavy.