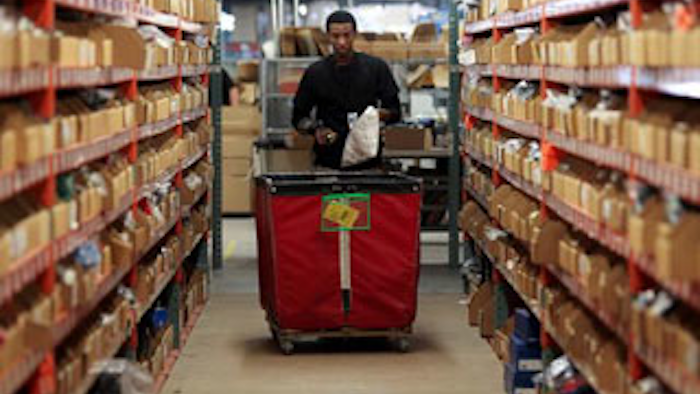 The Commerce Department said Tuesday that business stockpiles were flat in June compared with May. Inventories had fallen a slightly 0.1 percent in May. Sales rose 0.2 percent in June after a solid 1.1 percent increase in May.

The stagnant level for stockpiles could be setting the stage for inventory rebuilding in coming months. That would support increased factory production and overall economic growth in the second half of this year.

Business stockpiles in June stood at a seasonally adjusted $1.66 trillion, 3.5 percent higher than a year ago. Inventories at the manufacturing and retail levels both rose 0.1 percent. Stockpiles at the wholesale level fell 0.2 percent, the third consecutive decline.

June's sales increase was led by solid gains at the retail and wholesale level. But sales by manufacturers declined 0.4 percent.

A separate report Tuesday showed that retail sales advanced a modest 0.2 percent in July. But a "core" category that excludes volatile auto, gas and business supply products, surged 0.5 percent, the strongest such advance since a similar gain in December.

The government estimated last month that the economy grew at a lackluster 1.7 percent annual rate from April through June. Economists think the growth rate will be revised up because a report last week showed that U.S. companies exported a record number of goods in June. Some analysts think the revision could increase estimated growth in the April-June period to an annual rate of around 2.3 percent.

Many economists predict that growth will rebound further to a rate of about 2.5 percent in the second half of this year.