Federal health officials say that defects in some Medtronic devices used in heart procedures are severe enough that they could cause serious injury or death. 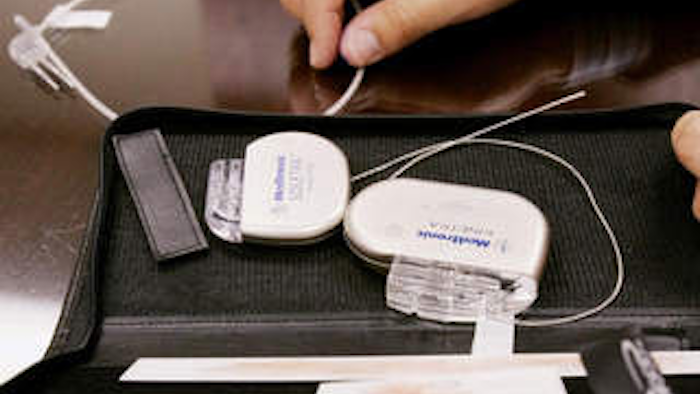 WASHINGTON (AP) -- Federal health officials say that defects in some Medtronic devices used in heart procedures are severe enough that they could cause serious injury or death.

The warning covers about 15,000 recalled guidewires, which are inserted through an artery and used to guide other devices into place, such as stents to hold open blocked arteries.

A recall of the guidewires began Oct. 21 after Medtronic received reports of four complaints, including one patient who went into cardiac arrest but was resuscitated, company spokesman Joseph McGrath said Saturday.

The recall notice warned hospitals and distributors worldwide that coating on the guidewires could break off, which could raise the possibility of blocking a blood vessel. The wires are coated to make them slide through blood vessels more easily.

Medtronic announced Friday night that the Food and Drug Administration had classified the recall as Class I, a category reserved for products with reasonable potential to cause serious injury or death.

The Minneapolis company said the recall affected certain lots made since April. The company said it has taken steps to prevent new shipments of the wires. It also has notified regulators around the world.

Boeing Reaches Out To Utah About 777x Production