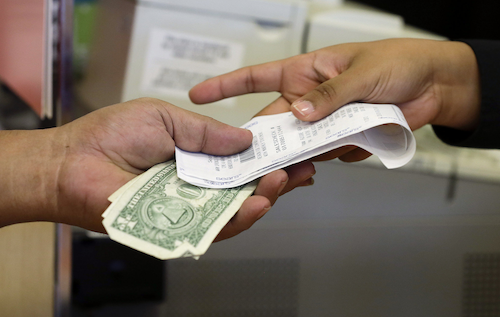 The severe winter weather is expected to slow growth further in the current quarter, but as the snows melt, economists believe growth will rebound.

The Commerce Department says the downward revision from an initial 3.2 percent estimate for the fourth quarter primarily reflected a downgrade in consumer spending, which is now estimated to have expanded at 2.6 percent rate, still the best showing in nearly two years. But it is below the previous 3.3 percent estimate.

For all of 2013, the economy grew at a lackluster 1.9 percent, but analysts expect growth will rebound in 2014, possibly as high as 3 percent.

MAPI: Durable Goods Down, But Outlook Still Up