Chinese e-commerce giant Alibaba Group plans to go public on a U.S. stock exchange, possibly raising up to $15 billion in the biggest initial public offering since Facebook. The announcement Sunday confirming plans for a U.S. share sale ended months of speculation over where the company would list. 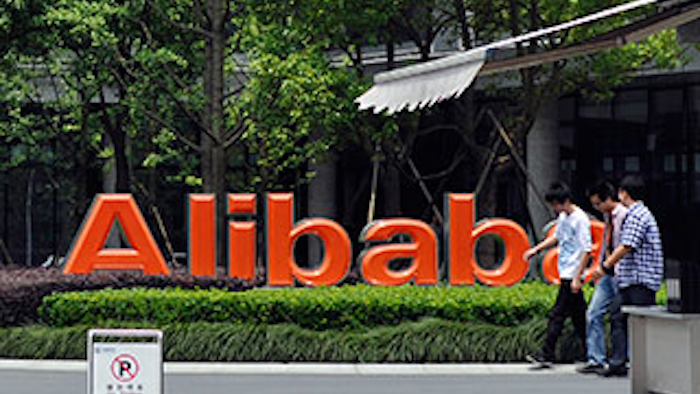 The announcement Sunday confirming plans for a U.S. share sale ended months of speculation over where the company would list after talks for an initial public offering in Hong Kong fell apart last year.

Alibaba is one of the world's biggest Internet companies and says more than $150 billion worth of merchandise changes hands on its online platforms each year, more than Amazon and eBay combined.

The company began as a service to link Chinese suppliers with retailers abroad and has branched out into retail e-commerce. It is little known abroad but has launched two consumer-oriented services in the United States.

"Alibaba Group has decided to commence the process of an initial public offering in the United States," the company said in a statement. "This will make us a more global company and enhance the company's transparency, as well as allow the company to continue to pursue our long-term vision and ideals."

It gave no details of the timing or size of the initial public offering or on which exchange it would take place.

Hangzhou, China-based Alibaba had previously abandoned plans for an IPO in Hong Kong because the semiautonomous Chinese financial center's stock exchange refused to change its rules to accommodate the company's unusual management structure.

The company failed to persuade the Hong Kong exchange to grant it an exception from listing rules so that it could maintain a "partnership" structure that lets top executives, who own 10 percent of the company, retain control of the board.

The company hinted that the door has not completely shut on listing its stock in Hong Kong.

"Should circumstances permit in the future, we will be constructive toward extending our public status in the China capital market in order to share our growth with the people of China," the statement said.

Alibaba is one of a number of Chinese internet heavyweights planning to cash in with IPOs amid rapid growth. The announcement comes two days after Chinese internet company Sina Corp.'s Weibo microblog unit filed plans for a possible share sale in the U.S. Weibo, China's equivalent of Twitter, indicates it plans to raise $500 million. Another Chinese online retailing giant, JD.com, filed in January for a U.S. stock listing.

Alibaba Group doesn't report its finances. But Yahoo Inc., which owns a 24 percent stake in the company, said Alibaba's revenue for the July-September quarter rose 51 percent from a year earlier to $1.8 billion. That was down from 61 percent growth in the previous quarter and 71 percent in the first quarter of 2013.