Inexpensive natural gas will boost manufacturing growth in the U.S. and its metropolitan areas according to a new report released by the U.S. Conference of Mayors and prepared by IHS Global Insight. 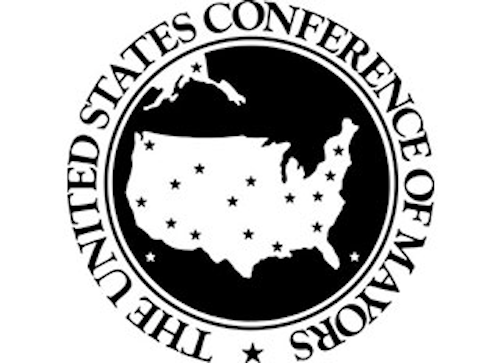 WASHINGTON /PRNewswire-USNewswire/ -- Inexpensive natural gas will boost manufacturing growth in the U.S. and its metropolitan areas according to a new report released by the U.S. Conference of Mayors and prepared by IHS Global Insight.

Unveiled by key members of USCM's Advanced Manufacturing Task Force during a press conference phone call, the report titled Impact of the Manufacturing Renaissance from Energy Intensive Sources, details the impact the energy sector has had on manufacturing in the nation's metropolitan areas since 2010, and shows how the new availability of inexpensive natural gas has ignited the steel, iron, fabricated metals and machinery manufacturing industries as well as those of plastic, rubber, resin and organic chemicals.

"We believe the energy revolution is helping the U.S. regain its footing in the manufacturing sector," said Lansing, MI Mayor Virg Bernero, Chair of the U.S. Conference of Mayors Advanced Manufacturing Task Force who led the call. "Most of these manufacturing jobs will occur in our cities and their metropolitan regions, which we know are the drivers of the national economy."

The report provides employment and sales growth from 2010 to 2012 for nine manufacturing industries including fabricated metals, machinery, and plastics that are energy intensive. It also forecasts expected employment and sales from 2012 to 2020 in the top 100 metro areas, all 363 metros combined, and nationally, for the nine manufacturing sectors.

"This report underscores that the manufacturing sector has been critical in helping the national economy rebound from the recession, especially in metropolitan areas. The energy intensive industry, in particular, has been a key component in the manufacturing expansion and has played a key role in the country's overall economic recovery," said Waterbury, CT Mayor Neil O' Leary, Vice-Chair of the USCM Manufacturing Task Force who participated in today's call. "We are energized to see that employment in this area will continue to grow, which means new jobs locally for residents in our cities."

Other key findings of the manufacturing report (available at www.usmayors.org) include:

Beaverton, OR Mayor Doyle, also a Vice-Chair the USCM Manufacturing Task Force and participant in today's call, said, "In my own Portland-Metro region, our current 12,000 plus jobs in the fabricated metals sector are slated to grow to almost 14,000 by 2020.  That's 1.8 percent annual average growth in jobs, which is really important to our local economy.  In addition to the job numbers, we are also projected to see an average annual increase in sales of 2.9 percent.  These projected jobs will be incredibly important to our region."

"The U.S. Conference of Mayors Advanced Manufacturing Task Force examines the leadership role mayors can take to promote advanced manufacturing and job creation in their cities," said Mayor Bernero. "This emerging sector provides essential goods and equipment directly to consumers as well as to a wide range of industries, including energy production. Increased focus on this sector will boost overall productivity in a city and connect skilled workers to high-wage jobs. More and more, manufacturers are relocating to America's cities, where the infrastructure and intellectual capital drive productivity and innovation."

The United States Conference of Mayors is the official non-partisan organization of cities with populations of 30,000 or more. There are nearly 1,400 such cities in the country today. Each city is represented in the Conference by its chief elected official, the mayor. The primary roles of the Conference are to promote the development of effective national urban/suburban policy; strengthen federal-city relationships; ensure that federal policy meets urban needs; provide mayors with leadership and management tools; and create a forum in which mayors can share ideas and information. www.usmayors.org