GM Tells Dealers To Halt Sales Of Some Chevy Cruzes 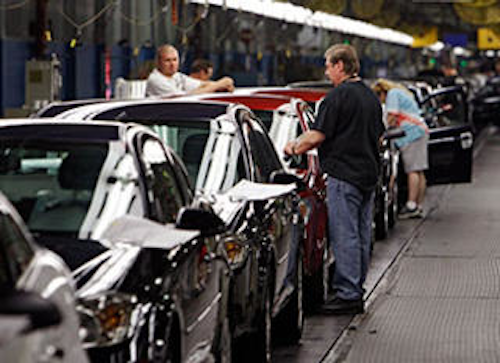 But the company won't say why.

Dealers say stop-sale orders are routine and almost always made to fix a safety problem. They received the order in an e-mail Thursday, but no reason was given.

The move comes as GM deals with fallout from a delayed recall of 1.6 million older small cars to fix an ignition switch problem. The company says the switches can slip out of the run position and shut down the engine. That causes loss of power steering and brakes and disables air bags.

GM says the problem has been linked to 31 crashes and at least a dozen deaths.

Spokesman Greg Martin says he has no details on the Cruze.