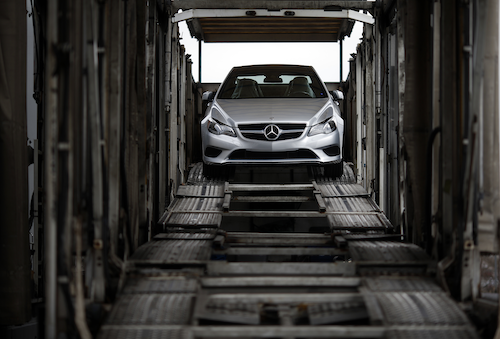 Automakers said Tuesday that new car and truck sales picked up speed halfway through March, culminating in a strong final weekend. Toyota dealers had their two best sales weekends of the year at the end of the month, the company said.

"We're optimistic that momentum will spring us into April," said Bill Fay, who manages the Toyota division in the U.S. Toyota's sales rose 5 percent in March.

Nissan's sales were up 8 percent. Ford's rose 3 percent, with a 5-percent gain for the F-Series pickup compensating for lower car sales.

Volkswagen's sales fell 3 percent, while Hyundai's sales dropped 2 percent. Both have older models that are having trouble competing with newer rivals.

General Motors warned that its sales data would be later than usual because of a computer issue, but its sales could be hurt by a series of safety recalls in March.

March sales helped rescue what was otherwise a disappointing first quarter. Analysts had predicted flat growth for the first three months of this year after harsh weather in January and February hurt sales.

The surprisingly strong March results could help the first quarter pull off a sales increase, but it's not likely to top the 6-percent increase that the industry saw during the same period in 2013.

Jesse Toprak, the chief analyst for the car-buying site Cars.com, said the fundamentals that helped the industry rebound from the recession remain the same. Low interest rates, declining unemployment and attractive new vehicles will continue to bring buyers into showrooms.

But they won't be buying at the same pace. Since 2010, U.S. sales have grown an average of 10 percent each year, but they're now reaching a natural peak, he said.

"We are certainly transitioning from a market that was in hyper-recovery mode to a mature market where double-digit gains will be increasingly difficult to attain," Toprak said.

Based on the first quarter, Toprak lowered his full-year U.S. sales forecast to 16.1 million vehicles from 16.5 million. The industry sold 15.6 million cars and trucks in 2013.

Others said improving weather and increases in incentives should boost sales as spring progresses. Weaker-than-expected sales in January and February caused cars to pile up on dealer lots, and automakers will likely offer more deals to get them sold.

"The momentum built in March should set the market up for a big month in April," said Alec Gutierrez, a senior analyst with Kelley Blue Book.