The deal will make Ellison owner of 98 percent of the Lanai's 141 square miles. 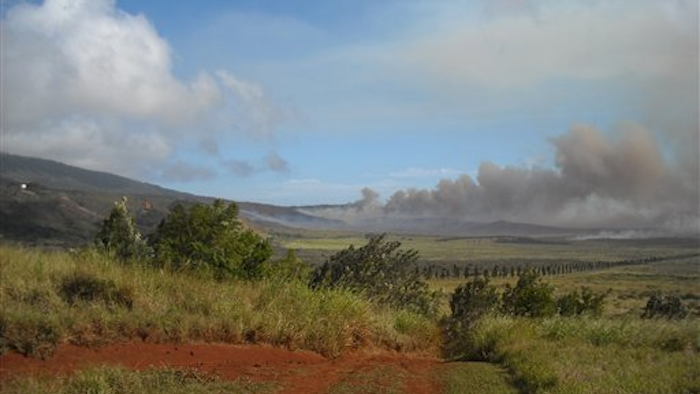 HONOLULU (AP) — A Hawaii public utilities agency on Monday approved the transfer of three Lanai utilities to Oracle Corp. CEO Larry Ellison, clearing the way for his purchase of most of the island to close this week.

Castle & Cooke declined comment on the approval. Attempts to reach Ellison through Redwood City, Calif.-based Oracle by The Associated Press were not immediately successful.

The deal will make Ellison owner of 98 percent of the island's 141 square miles. It's not exactly clear what the billionaire software magnate plans to do with Lanai, where some 3,200 people live. The deal involves 88,000 acres of land, plus two resorts, two golf courses, a stable and various residential and commercial buildings.

Ellison, known for an adventurous streak and his propensity to buy choice real estate, is the world's sixth-richest man, with a net worth of $36 billion as of March, according to Forbes.

The utilities commission was reviewing the deal because it involves indirectly transferring a water company, a bus and shuttle service, and a wastewater utility that Castle & Cooke owns on the island.

Lanai, Hawaii's smallest publicly accessible inhabited island, is known as the "pineapple island" because the majority of it was once owned by James Dole of Dole Food Co. Inc., who bought it in 1922.

The rural island's economy is now primarily based in tourism. According to the Hawaii Tourism Authority, more than 26,000 people visited the island from January to April of this year, a 6 percent decline from the same period last year.

The island's sale price has not been revealed, though the Maui News previously reported the asking price was $500 million to $600 million. Maui County records show the assessed value for all of Lanai's land is $635.4 million.

Ellison plans to pay cash and make substantial investments in Lanai, resulting in new jobs, economic stimulus and a reinvigorated local tourism industry, Castle & Cooke said in its application to the utility commission.

In giving its interim approval, the state retained its right to ultimately disapprove of the sale of the three public utilities after a final review.

"The commission chooses to proceed with its interim action so as not to jeopardize the June 27, 2012, closing date for the overall purchase and transaction," the commission said in its approval order.

It also ordered Ellison to spend at least $10 million over the next five years to upgrade the water facilities.

Castle & Cooke said in its application that it needed a speedy sale to avoid losses it can no longer take, the commission said.

Murdock had led a shift from the island's pineapple industry to luxury resort and home development but had been losing $20 million to $30 million a year, the Honolulu Star-Advertiser previously reported.

Castle & Cooke told the commission that a delay in closing would put the sale at unnecessary risk and force a search for another buyer, "potentially endangering the economic future of Lanai."