Apple May Get $10M Ariz. Grant For New Plant

Apple Inc. will qualify for a $10 million grant from the Arizona Commerce Authority if it opens its proposed new plant in the Phoenix suburb of Mesa and meets job creation and capital investment targets, the agency announced Tuesday. 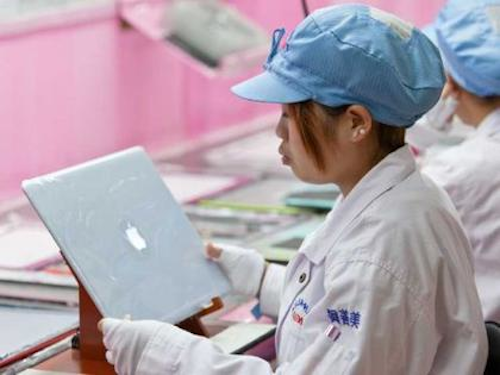 GILBERT, Ariz. (AP) — Apple Inc. will qualify for a $10 million grant from the Arizona Commerce Authority if it opens its proposed new plant in the Phoenix suburb of Mesa and meets job creation and capital investment targets, the agency announced Tuesday.

Brewer and agency officials at the time declined to release the incentives the world's most valuable company was receiving. They said then that the deal wasn't completed despite the announcement and a corporate filing from the company Apple will pay to run the plant.

The plant will manufacture lenses and other items made from sapphire, which Apple now uses in only limited areas of the iPhone but may expand.

The contractor that will run sapphire-creating equipment at the plant for Apple may also qualify for a refundable income tax credit equal to 10 percent of its capital investment, or $20,000 per job, and for job training cash. At most, the tax credit is worth $14 million if 700 jobs are created, the agency said. GT Advanced Technologies plans to install and own furnaces to create sapphire at the plant.

Tuesday's announcement came a day after the last of eight local agencies signed off on property tax breaks for Apple's facility. The Gilbert Unified School District board balked at the big property tax break last week but unanimously approved the deal Monday night.

The Apple plant represents a $1.5 billion capital investment and will use 700 employees, agency said, after 1,300 construction workers finish overhauling the new but never-opened First Solar plant.

Commerce Authority president Sandra Watson said in a statement that Apple's plant will generate $102 million in tax revenue in its first five years.