Ultra HD is widely regarded as the next evolution in TV technology, but there's currently a lack of content that takes advantage of the vast resolution, though Ultra HD sets are equipped to upscale lower resolution video. Sony Corp. is hoping to overcome that pitfall that with this new player. 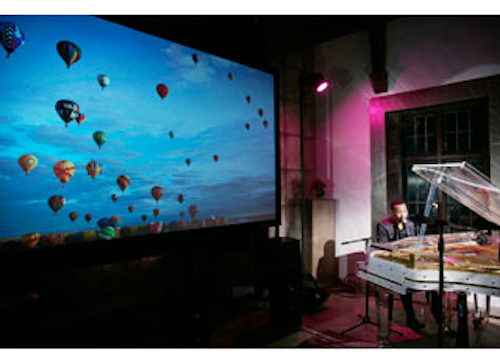 LOS ANGELES (AP) — "The Amazing Spiderman," ''Taxi Driver" and "The Karate Kid" are getting some real resolution.

The new, restored and rebooted films from Sony Pictures are among the content coming pre-loaded on a video player bundled with Sony's first ultra-high-definition television, a massive 84-inch set that retails for $24,999.99 and features nearly four times the resolution of typical high-definition TVs.

"People ask the question, 'Do I need to get a bigger house to fit an 84-inch TV?'" said Chris Cookson, president of Sony Pictures Technologies. "The answer is that 25 inches was right for standard definition; 50 inches was right for high-def; and 84 inches is right now that we're going ultra-high-def."

Ultra HD is widely regarded as the next evolution in TV technology, but there's currently a lack of content that takes advantage of the vast resolution, though Ultra HD sets are equipped to upscale lower resolution video. Sony Corp. is hoping to overcome that pitfall that with this new player.

The Japanese electronics giant debuted the hard-disc server — hidden in a cabinet underneath the behemoth television — at a posh invite-only party Thursday at a private mansion in Santa Monica that featured a performance by John Legend.

The video player will include 4K content such as short films, concerts and 10 feature-length movies, including "The Other Guys," ''Salt" and "The Bridge on the River Kwai."

Sony's TV will also come with an Xperia Tablet S, which can be used as a touchscreen remote control.

"We know there are limitations with broadband and the typical size of a movie that's in 4K," said Phil Molyneux, chief operating officer of Sony Electronics. "I think this is an extremely good first step to ensure that consumers can have and enjoy the 4K experience in their home."

The electronics industry has dubbed the new flat-panel displays "Ultra HD," while Sony specifically refers to it as "4K" because it features nearly 4,000 pixels, compared to the 1,080 pixels found in "1080p" sets. Molyneux said Sony has been pushing for 4K since 2005, when the company put 4K projectors in movie theaters. Last year, Sony introduced a 4K home projector, and offered a 4K upscaling Blu-ray player earlier this year.

Molyneux teased that additional 4K content for the new player would be sent to owners on Blu-ray discs.

"It's a first step," added Molyneux. "If we've had a vision since 2005, and we've been arming and equipping for 4K content creation, I think it's fair to speculate that we're also thinking about other ways to get 4K content to consumers in their home."