The president of the United Auto Workers says that the union hopes to resolve the gulf in labor costs between Ford and General Motors and fellow Detroit automaker Fiat Chrysler. 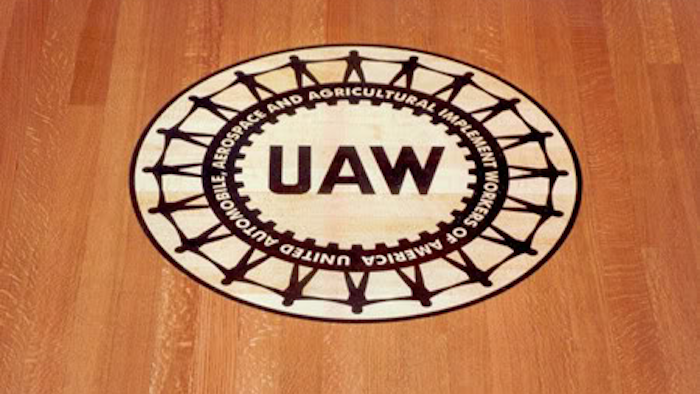 The president of the United Auto Workers says that the union hopes to resolve the gulf in labor costs between Ford and General Motors and fellow Detroit automaker Fiat Chrysler.

Dennis Williams, whose union is preparing to begin negotiations on a new four-year contract with Detroit's "Big Three," this week blamed circumstances following GM and FCA bankruptcies in 2009 for the disparity.

A report earlier this year showed FCA's average hourly labor costs were about $10 less than both GM and Ford, primarily due to new employees hired under a lower wage tier established in 2007.

"We're going to try our best to get that in line, and we're working on that," Williams said, according to Reuters.

Williams did not elaborate on how he hopes to address the disparity, but his previous comments suggested that the UAW hopes to narrow the gap between the wage tiers. He also hopes for a general wage increase and signaled this week that he's open to pooling workers from all three companies in order to save on health care costs.

Ford and GM, meanwhile, floated the possibility of an even lower wage tier in an effort to control labor costs.

Ford's top labor negotiator said this week that although each company likely wants to serve as lead negotiator in upcoming talks, "we feel ready." Williams will eventually select one of the three companies as a lead negotiator; the other companies would then sign similar agreements.

UAW's Ford leaders echoed calls for the company to lead negotiations, largely citing the experience of Ford's management team. The top labor officials for both GM and FCA departed earlier this month.

Williams, meanwhile, also said that he's monitoring talks of a merger between GM and FCA as Chrysler's top executive calls for additional consolidation in the industry. He said he does not expect those efforts to impact bargaining.