Hyundai Motor To Spend $74B Over 4 Years on Facilities, R&D

Hyundai Motor Group, the world's fifth-largest automaker, said Tuesday it plans to spend 81 trillion won ($73.7 billion) over the next four years on factories, research and a new headquarters. 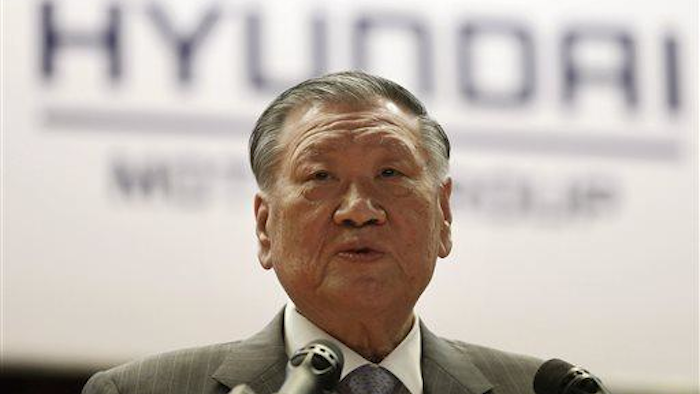 Hyundai Motor Group, the world's fifth-largest automaker, said Tuesday it plans to spend 81 trillion won ($73.7 billion) over the next four years on factories, research and a new headquarters.

The announcement comes after Hyundai Motor Co. last week forecast the slowest annual sales growth in more than a decade. The South Korean government has pressured businesses to stop hoarding cash reserves and instead invest and hire more.

Hyundai said the average annual spending during the four years is a 35 percent increase from 2014.

The company plans to build two new factories in China, which will start operating in late 2016 and 2017 as its existing factories reach full capacity. Its affiliate Kia Motors Corp. is also expanding the capacity of its existing Chinese factory.

The group will also build new headquarters including auto-themed exhibition halls, hotels and shopping malls in Gangnam, a trendy district in southwestern Seoul. It said in September that it would pay $10.1 billion for a 79,342 square meter (854,030 square foot) plot of land for the new headquarters that the auto group believes will burnish its brand.

The expansion of factories at home and abroad and the construction of the new headquarters in Seoul will account for more than half of the four-year investment at 49.1 trillion won.

The group will spend 31.6 trillion won on research and development for low emission vehicles, smart cars and other technologies. By 2018, its affiliated companies will hire 7,345 employees in R&D including about 3,000 workers to develop low emission and smart car technologies.