German luxury automobile maker Mercedes-Benz said Tuesday that it's moving its U.S. headquarters from New Jersey to Atlanta, in part to be closer to its manufacturing facility in Alabama. 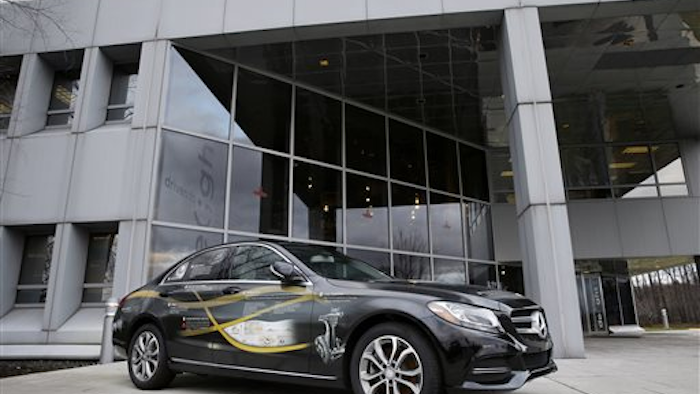 German luxury automobile maker Mercedes-Benz said Tuesday that it's moving its U.S. headquarters from New Jersey to Atlanta, in part to be closer to its manufacturing facility in Alabama.

Georgia Gov. Nathan Deal said the company accepted an incentive package from the state but said he couldn't discuss the details yet. The Fulton County Development Authority met briefly Tuesday to discuss its own incentive package for Mercedes' estimated $93 million facility but provided no details.

The decision comes after weeks of lobbying — some of it public — by New Jersey officials who sought to keep the company in Montvale, at a campus that's about a five-minute drive from BMW's North American headquarters.

About 1,000 jobs are to be moved starting in July. The company said it will move first to a temporary facility in Atlanta before moving into a new space in about two years. Deal and Georgia economic development officials would not discuss the location Mercedes is pursuing in metro Atlanta. Mercedes said it would announce more details later this month

Mercedes-Benz USA President and CEO Stephen Cannon said in a statement that the company will benefit by being closer to its growing base of customers in the Southeast as well as its port in Brunswick, Georgia, and its manufacturing facility in Alabama.

"The state has worked tirelessly with us as we evaluated our options," he said in a statement. "Ultimately, though, it became apparent that to achieve the sustained, profitable growth and efficiencies we require for the decades ahead, our headquarters would have to be located elsewhere."

He also said the quality of life, schools and cultural options in Atlanta were reasons to move there.

Other recent Georgia projects in the automotive industry include the construction of a new U.S. headquarters for Porsche near Hartsfield-Jackson Airport and Kia's first U.S. manufacturing facility about 75 miles southwest of Atlanta. Executives have cited access to the world's busiest airport for employee travel and to the state's ports for shipping.

Deal credited the state's access to that infrastructure and an insistence on cooperation between economic development, utility and education officials for the results.

Deal said the most memorable portion of the state's pursuit was being told that the automaker was seriously considering Georgia for its U.S. headquarters. Deal said Mercedes-Benz approached Georgia officials several months ago.

"The prestige associated with that name is exciting to me," Deal said.

New Jersey Gov. Chris Christie had a series of meetings and calls with Cannon to try to keep the company in New Jersey, said Michael Drewniak, a spokesman for the governor.

"In each conversation Mercedes USA made one thing very clear about its decision to leave: The cost of doing business and the tax environment is just too high here to be competitive with a state like Georgia," he said.