DuPont Workers May Have Been Exposed to Toxic Gas for Years

State records indicate that employees at a Houston-area pesticide plant where a poisonous gas leak killed four workers in November may have been periodically exposed to the dangerous fumes for years. 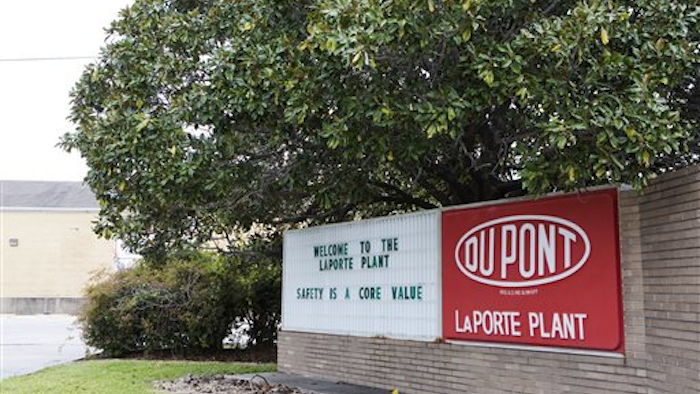 Houston, Texas — State records indicate that employees at a Houston-area pesticide plant where a poisonous gas leak killed four workers in November may have been periodically exposed to the dangerous fumes for years.

The Houston Chronicle found that DuPont reported exhaust and ventilation system malfunctions at the La Porte plant to the Texas Commission on Environmental Quality in 2009 and 2010, but that neither the company nor the state regulator alerted the Occupational Health and Safety Administration.

Pipes and vents at the DuPont plant at La Porte have become clogged over the years, and as many as 3 pounds of methyl mercaptan leaks out in an hour during line-clearing activities, according to the reports filed with the commission and obtained by the newspaper.

Based on state records and the company's own disclosures, the newspaper concluded that workers could have been exposed to the gas far above the levels deemed acceptable by OHSA since 2008. As much as 600 parts per million of the gas an hour could have filled a poorly ventilated room, but federal guidelines say workers shouldn't be exposed to more than an average of 10 ppm per day of the gas, which is used to manufacture insecticide and fungicide.

Four employees at the DuPont plant died after being exposed to methyl mercaptan on Nov. 15. Federal officials and the state agency are investigating the deaths.

DuPont declined to comment on its workers' potentially prolonged exposure to the gas.

"Considering individual issues in isolation or speculating can lead to inaccurate conclusions," DuPontspokesman Aaron Woods said. "DuPont is committed to maintaining the integrity of ongoing investigations. To that end, it is premature for us to comment or provide additional information outside of these processes."