Frustrated that cars recalled for serious safety defects aren't getting fixed quickly enough, the nation's auto safety chief will host a gathering of automakers Tuesday to search for solutions. 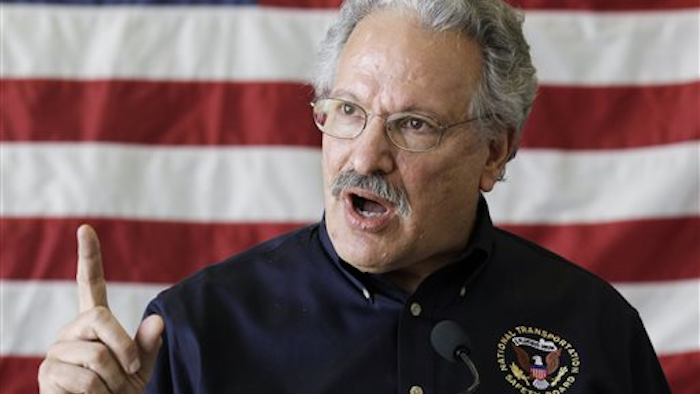 In some recalls for problems as serious as air bags that can spew shrapnel into drivers or fuel tanks that can rupture in a rear-end crash, completion rates are below 15 percent, six months or more after the recalls were announced.

These recalls involve millions of vehicles, challenging automakers to find both replacement parts and the cars' owners. Regulators at times have fined automakers for dragging their feet. Meanwhile, concerned car owners are left waiting for repairs and worrying about the safety of their vehicle.

So, National Highway Traffic Safety Administration chief Mark Rosekind is asking for ideas from auto companies and safety advocates on how to boost what he called unacceptable completion rates.

One case that troubles Rosekind is Takata Corp. In the past three years, 17 million vehicles have been recalled because air bag inflators made by the Japanese parts supplier can explode with too much force, blowing apart a metal canister. U.S. Sen. Bill Nelson, D-Florida, said Monday that the problem has caused six deaths and 105 injuries.

Honda, which is Takata's largest customer, said it has fixed just over 1.5 million inflators out of 8.1 million being recalled — a completion rate of 19 percent. Some of the recalls date to 2013. Honda said the recalls are taking a long time because Takata has to get replacement air bags to 10 different automakers. Honda and Takata have lined up other suppliers to build inflators, and Takata says it has increased production.

But a lack of parts means Honda owners are being turned away by dealers, leaving some afraid to drive their vehicles.

Lynn Jones-Finn, a retired child welfare worker from Berkeley, California, has been driving her 2001 Honda Civic for 14 years without incident. She received a recall notice on March 31 and contacted her dealer in mid-April, only to be told parts weren't available and wouldn't be for at least three weeks.

"I'm disappointed in Honda because I trusted Honda," she said. "I'm not happy they're not moving to fix it when they say it could kill me."

The dealer has since offered Jones-Finn a loaner car, which she plans to use. Honda says loaners are available to owners of recalled cars if they fear for their safety.

NHTSA, Takata and the auto industry are trying to find out exactly what's causing the inflator problems.

In another big recall, Fiat Chrysler said recently it has fixed only a fraction of 1.56 million older-model Jeeps that have gas tanks behind the rear axle, making them vulnerable to puncture in a rear-end crash. The company, which makes Jeeps, said in letters posted in April that just 4 percent of Grand Cherokees and 27 percent of Libertys recalled had gotten the fix — a trailer hitch to protect the tanks in low-speed crashes.

NHTSA may reopen its investigation and says it is considering action against Chrysler to speed up the pace. Chrysler maintains the Jeeps are safer than other vehicles of the era and that it's made extra efforts to reach owners.

On average, automakers fix 75 percent on cars covered by a recall in 18 months.

Rosekind recently lauded General Motors for efforts to entice people to get faulty ignition switches replaced on older small cars. The switches can slip out of the run position by surprise, shutting off the engines and potentially causing crashes.

GM started slowly because its parts supplier had to equip factories to make the switches for 2.6 million cars like the Chevrolet Cobalt. But GM said that as of early April, 70 percent of the U.S. owners had been in for the service, 14 months after the recalls began. The switches are linked to at least 90 deaths.

GM used personal telephone calls, social media messages and coupons for a free oil change to boost the compliance rate. A company representative is scheduled to speak on Tuesday.