The program provides funding for large shipping lines — primarily Maersk and American President — to make 60 ships available for the Pentagon's use in times of war or national emergency. 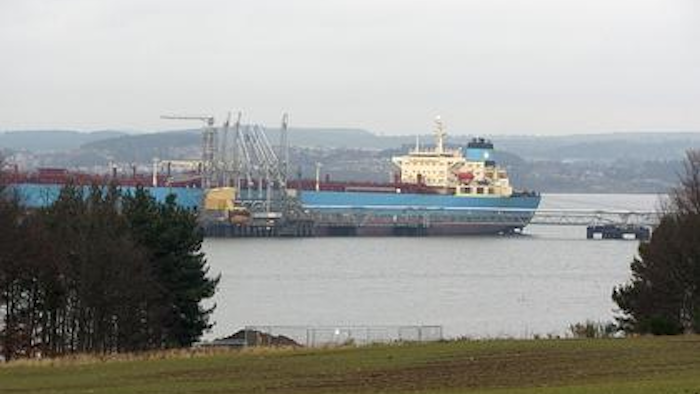 But the legislation's cloudy future means that bolstering the Maritime Security Program remains in limbo.

The program provides funding for large shipping lines — primarily Maersk and American President — to make 60 ships available for the Pentagon's use in times of war or national emergency.

The Wall Street Journal reported last week that Republican leaders in the House of Representatives included Maritime Security Program funding in the crude export legislation in hopes of attracting support from Democrats.

The provision would reportedly increase the Defense Department's payment authority by more than $500 million.

When the measure passed the House on Friday, however, only 26 Democrats were in support. Rep. Kathy Castor, D-Florida, called the overall legislation "an unconscionable giveaway to Big Oil."

Moreover, the Journal reported that the bill has yet to gain traction among Democrats in the Senate, who could stall the bill via the filibuster. And even if proponents overcame that threshold, the White House vowed to veto the bill.

Oil companies long sought the lifting of the export ban — which dates to the gas crisis of the 1970s — amid claims that it artificially kept U.S. oil prices low. Those calls grew louder amid the nation's fracking boom and a global slide in oil prices.

Refineries, however, aimed to keep the current policy in place; refined oil is not restricted from export.

The shipping program, meanwhile, threatens to drive another wedge between House conservatives and caucus leadership.

The Maritime Security Program was already scheduled to see a funding increase, and conservative critics alleged that the provision was effectively an earmark that catered to large shipping companies and unions.

Shippers, meanwhile, touted their importance to the nation's security infrastructure.

“As someone involved in the middle of our nation’s defense, we would hope that we would get the support of all members of Congress,” Maersk Line's Jay Bonitt told the Journal.