The Obama administration said Monday that China's currency remains undervalued in relation to the U.S. dollar but it did not cite the country for unfairly manipulating its currency to gain trade advantages. 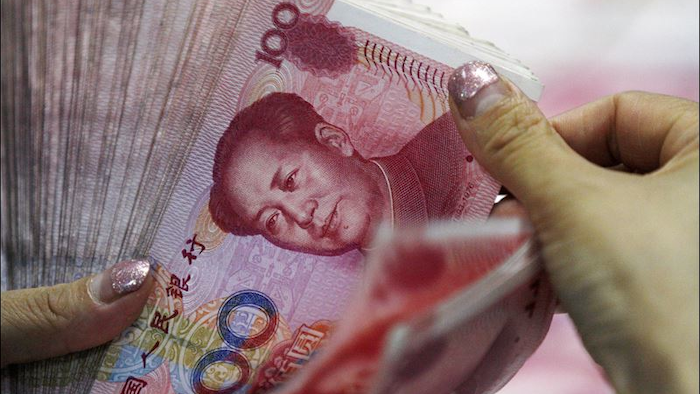 WASHINGTON (AP) — The Obama administration said Monday that China's currency remains undervalued in relation to the U.S. dollar but it did not cite the country for unfairly manipulating its currency to gain trade advantages.

In a new Treasury Department report, the administration noted that China sent global markets plunging in August with a surprise devaluation of the yuan. Since then, China's currency, also known as the renminbi, has fallen 2.3 percent against the dollar.

Treasury said it will be important going forward for China to allow its currency to again rise in value against the dollar when market forces dictate such a move.

The report, which Treasury is required by law to submit to Congress twice a year, did not charge any country with unfair currency manipulation. Such a designation could ultimately lead to trade sanctions.

American manufacturing companies complain that China is still manipulating its currency to gain trade advantages and their supporters in Congress have pushed the administration to take a tougher stand. They are closely watching to see what type of guarantees the administration was able to negotiate in the recently completed 12-nation Trans-Pacific Partnership trade agreement.

In an interview before the report was released, Treasury Secretary Jacob Lew said that there was still room for China's currency to appreciate once the country gets past some of its immediate economic problems.

"Right now there is downward pressure on the (yuan), some of it as a result of the policies (China) made and the way they announced them over the summer," Lew said in an interview with CNBC.

The report also said that South Korea's currency, the won, is undervalued, falling by 7.7 percent over the past year against the dollar. The report repeated a past recommendation that the South Korean government should limit its intervention in currency markets to periods when trading was disorderly. It said South Korea also needs to be more transparent in telling financial markets when it was intervening.

The report said that global growth has been modest so far this year with activity in European countries that use the euro currency "highly uneven and too soft overall." It noted high unemployment in Spain and Greece and large current account trade surpluses in countries such as Germany.

Treasury has not accused any country of unfairly manipulating its currency for trade advantages since the Clinton administration labeled China a currency manipulator in 1994. Such a designation would trigger a period of discussions to try to resolve differences and if those failed, the U.S. could try to win approval from the World Trade Organization to impose economic sanctions.