A settlement is brewing in a lawsuit that would give cash to drinkers of U.S.-brewed Beck's beer over misleading packaging emphasizing its German origins. 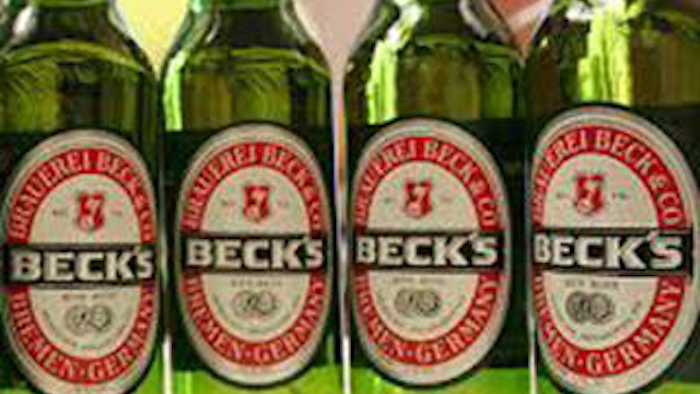 MIAMI (AP) — A settlement is brewing in a lawsuit that would give cash to drinkers of U.S.-brewed Beck's beer over misleading packaging emphasizing its German origins.

A judge is set to consider approving the settlement on Tuesday. It could mean up to $50 for each household with proof of Beck's purchases and $12 for those without receipts.

Beck's was brewed in Bremen, Germany for more than 100 years before its 2002 purchase by the company now known as Anheuser-Busch InBev. Although the beer was made in St. Louis, Missouri, beginning in 2012, the lawsuit contended that U.S. connections were downplayed in packaging that continued to boost links to Germany.