Toyota is adding nearly 1.4 million cars, trucks and SUVs to a growing recall for airbags that can explode with too much force. 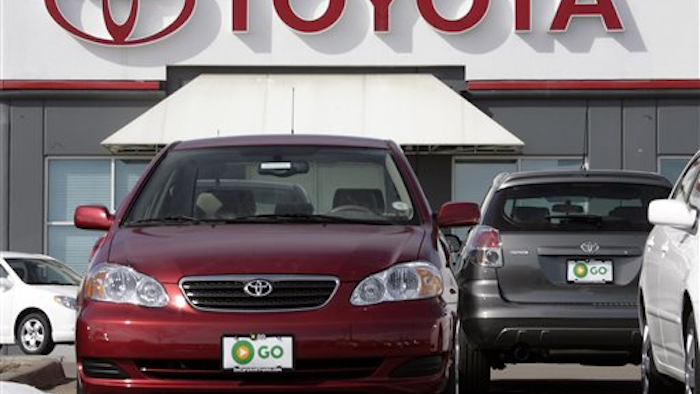 Detroit, Michigan — Toyota is adding nearly 1.4 million cars, trucks and SUVs to a growing recall for airbags that can explode with too much force.

The company says it's expanding a previous recall after Takata Corp. of Japan agreed in May to double the size of its airbag inflator recall to 33.8 million.

Last month Takata bowed to pressure from the National Highway Traffic Safety Administration and declared many of its products defective, agreeing to double the number of airbag inflators being recalled. It's now the largest auto recall in U.S. history. Some cars are equipped with both driver and passenger air bags made by Takata.

The recall expansion brings to 2.9 million the number of Toyota and Lexus vehicles being recalled in the U.S. due to the inflators.

Toyota said in a statement that it's committed to customer safety. "We will continue to respond promptly to new developments so we can resolve issues for them as quickly and safely as possible," said Dino Triantafyllos, chief quality officer.

The giant recall covers driver and passenger air bags in cars and trucks made by 11 automakers. Takata, the automakers and NHTSA are still trying to determine what exactly causes the inflators to malfunction.