European plane maker Airbus intends to build its first U.S. plant in Mobile, Alabama, a person with knowledge of the plans told The Associated Press. 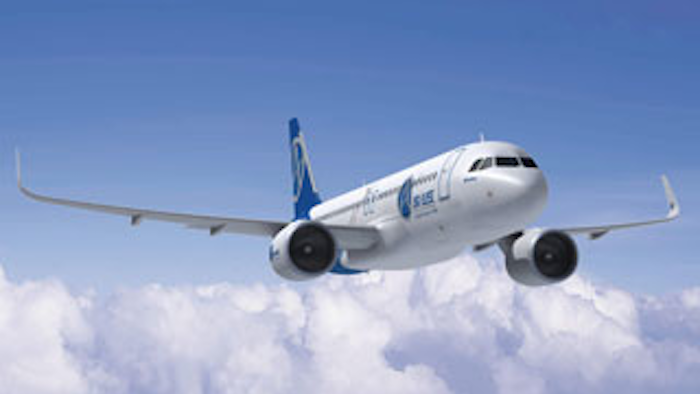 European plane maker Airbus intends to build its first U.S. plant in Mobile, Alabama, a person with knowledge of the plans told The Associated Press.

Airbus will assemble its A320 jet there, according to the person, who requested anonymity because a public announcement has not been made. The A320 is a widely used plane flown by U.S. airlines including Delta and US Airways.

An Alabama plant would enable Airbus to produce planes squarely in the territory of archrival Boeing Co. It would likely mean lower production costs compared with Airbus' European A320 production lines in Toulouse, France, and Hamburg, Germany. The company also makes A320s in China.

The plan was reported earlier Wednesday by The New York Times, citing anonymous sources who said that an announcement could come as soon as Monday.

Airbus has said it wants to expand, and that it favors a site in the Southern U.S.

"We have made no secret of our hopes to expand our global footprint, including in the U.S., as we have a very strong market here," said Airbus spokeswoman Mary Anne Greczyn, who added that no decision has been made by the company's board.

An Alabama state legislator, speaking on condition of anonymity, said he's been asked by state officials to be in Mobile on Monday for an industrial announcement involving an airline project.

Airbus is aiming to boost A320 production. The 150-seat plane is generally used on short- and medium-haul flights, and Airbus makes more of them than any of its other planes. They retail for $88 million, although discounts are common for big customers.

Similarly, Boeing is ramping up production of its 737, which competes directly with the A320. Both companies are putting new, more fuel-efficient engines on the planes, hoping to extend their appeal as airlines try to cut their fuel bills. Airbus made its new-engine decision earlier than Boeing and got a big jump on orders.

The U.S. is a growing market for Airbus. American Airlines ordered 260 A320s last year, and US Airways is buying them as well. However, Delta Air Lines went with Boeing 737s in a 100-jet order in August.

Airbus already has a facility in Mobile that employs about 230 people designing and installing interior items such as seats and cabin equipment for its big planes, the A330, the superjumbo A380, and its planned A350.

It has had its eye on possible U.S. expansion for several years. Mobile is where Airbus parent EADS planned to put its assembly line for an aerial refueling plane it wanted to build for the U.S. Air Force, before losing that long-running duel to Boeing in Feb. 2011. The tanker would have been based on the A330, a larger plane than the A320 slated to be built there now.

In March 2011, then-EADS CEO Louis Gallois said that if or when EADS made a move into the U.S., the South would be its favored destination. At the time he said possible locations were Alabama, Mississippi, and Texas.

The plan by Airbus executives to open a plant in Alabama comes a few weeks after Fabrice Bregier took over as Airbus CEO on June 1. The CEO of EADS is now Tom Enders, who previously ran Airbus.

Mobile is already home to several aerospace companies, including ST Aerospace Mobile, Goodrich Aerospace and Star Aviation, and much of the business is based at the 1,650-acre Brookley Aeroplex.