Anheuser-Busch InBev and the Teamsters union are about to begin contract talks for the first time since the Belgian brewer InBev purchased the maker of Budweiser, Bud Light and other beers five years ago. 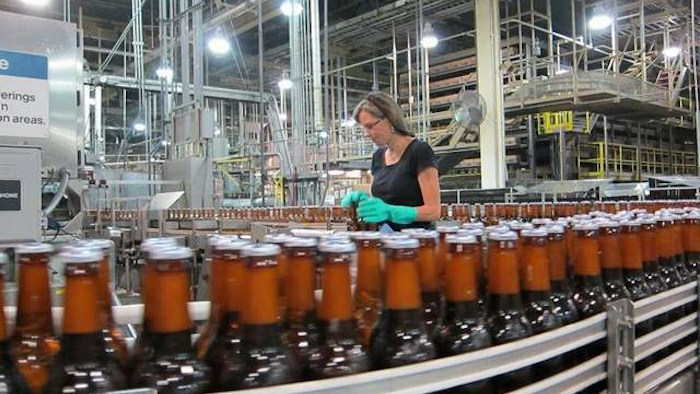 ST. LOUIS (AP) — Anheuser-Busch InBev and the Teamsters union are about to begin contract talks for the first time since the Belgian brewer InBev purchased the maker of Budweiser, Bud Light and other beers five years ago.

Meetings will start early next month, both sides said in a joint statement Tuesday, though a specific time and place were not disclosed. Anheuser-Busch InBev commands a 47.6 percent share of the U.S. beer market.

At issue is a new contract for workers at Anheuser-Busch's 12 U.S. breweries, including St. Louis, the U.S. headquarters for Anheuser-Busch InBev. The current contract expires on Feb. 28.

"The Company and the Union expect these negotiations to be professional and productive, and look forward to a conclusion which they believe is in the best interests of the Company, its employees, its shareholders and the International Brotherhood of Teamsters," read a statement from Pat Knipper, vice president of labor relations for A-B, and David Laughton, a Teamsters director.

It will be the first Teamsters contract since InBev purchased St. Louis-based Anheuser-Busch in 2008. Soon after the merger was announced, Anheuser-Busch and the Teamsters reached agreement on the five-year contract covering more than 5,000 employees. That deal included a renewal of the company's contractual commitment to keep all 12 breweries open for the span of the contract.

It wasn't clear if that issue would be on the table again. Anheuser-Busch spokesman Anthony Paraino on Wednesday declined comment beyond the written statement. A message left with the Teamsters was not immediately returned.

The brewer is expected to announce third-quarter earnings on Thursday.