Kellogg says it plans to trim its global workforce by 7 percent, with the breakfast foods maker citing weaker-than-expected sales for the year.  According to FactSet, Kellogg has 31,000 employees, suggesting the company plans to cut about 2,170 jobs. 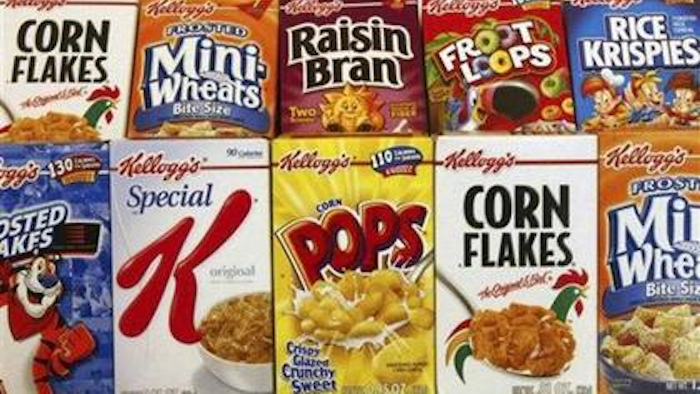 NEW YORK (AP) -- Kellogg says it plans to trim its global workforce by 7 percent, with the breakfast foods maker citing weaker-than-expected sales for the year.

The maker of Frosted Flakes and Eggo waffles says it expects earnings per share for the year to be toward the lower end of its previous forecast. According to FactSet, Kellogg has 31,000 employees, suggesting the company plans to cut about 2,170 jobs.

The workforce reductions will take place by the end of 2017, the company said.

Kellogg, based in Battle Creek, Mich., has been struggling to boost cereal sales in its flagship North American market. Although cereal remains a huge business, Americans have a growing number of options and are increasingly reaching for foods that they can eat on the go.

In the latest quarter, Kellogg said sales in its U.S. Morning Foods segment fell by 2.2 percent.

To expand into the salty snacks business, Kellogg last year bought Pringles chips. The company, based in Battle Creek, Mich., is hoping that the chips will also give it a bigger presence overseas. But Kellogg said sales in the U.S. Snacks segment also fell by 2.5 percent in the period.

The cost-cutting plan — which the company has dubbed "Project K" — will include the consolidation of plants and the "elimination of excess capacity," the company said.

Revenue slipped to $3.72 billion and was short of the $3.73 billion analysts expected.