Republican lawmakers in Tennessee threatened that the state could turn off the spigot of incentives for Volkswagen if workers at the automaker's plant decide this week to approve union representation. 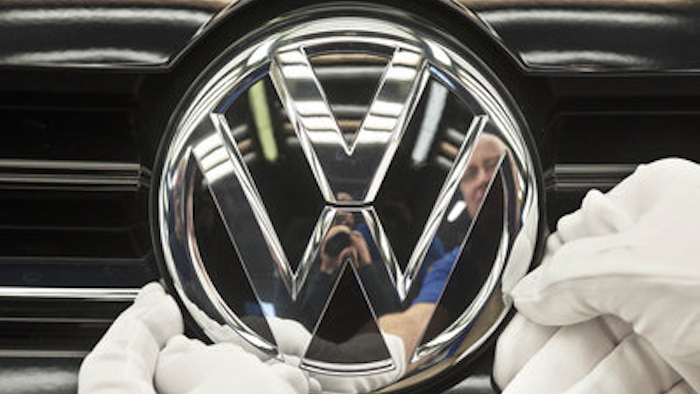 NASHVILLE, Tenn. (AP) -- Republican lawmakers in Tennessee on Monday threatened that the state could turn off the spigot of incentives for Volkswagen if workers at the German automaker's plant decide this week to approve union representation.

"Should the workers at Volkswagen choose to be represented by the United Auto Workers, any additional incentives from the citizens of the state of Tennessee for expansion or otherwise will have a very tough time passing the Tennessee Senate," he said.

About 1,500 out of the 2,500 employees at the plant are eligible to vote in the three-day union election that begins Wednesday. Volkswagen announced earlier this year that a new SUV model will be built either in Chattanooga or in Mexico.

Gov. Bill Haslam's office did not immediately respond to requests for comment. The Republican governor last year insisted that state incentives are not contingent on the union being rejected at the plant.

But state House Speaker Beth Harwell, a Nashville Republican and close Haslam ally, told The Associated Press on Monday that she shares concerns about a UAW victory at the plant.

"It would definitely put those (incentives) in jeopardy," she said. "That would jeopardize a very good arrangement for Volkswagen to locate here."

"And I hate that, because I want Volkswagen here, we're so proud and honored to have them here," she said. "But unionization is a huge setback for our state economically."

Volkswagen received a more than $500 million incentive package as part of its decision to build the plant in Chattanooga in 2008.

The UAW vote would be the first step toward creating a German-style "works council" at the plant, which would represent both blue and white collar employees on issues such as working conditions and plant efficiency, but not wages or benefits.

German law gives labor representatives half the seats on the Volkswagen's supervisory board, where some powerful members have raised concerns about the Chattanooga plant being alone among the company's large factories without formal labor representation.

The UAW vote would be the first step toward creating a German-style "works council" at the plant which represents both blue and white collar employees on issues such as working conditions and plant efficiency, but not wages or benefits.

U.S. Sen. Bob Corker, who last year said Volkswagen would become a "laughingstock" for entering negations with the UAW, had announced last week that he would curtail public commentary on the process while the election was underway.

But in response to what he called the UAW's attempts to use his position to try to silence other critics, the former Chattanooga mayor said he will hold a news conference Tuesday to "ensure my position is clear."