Some of the nation's leading businesses are prodding lawmakers to act on immigration legislation as the issue enters a critical phase on Capitol Hill. 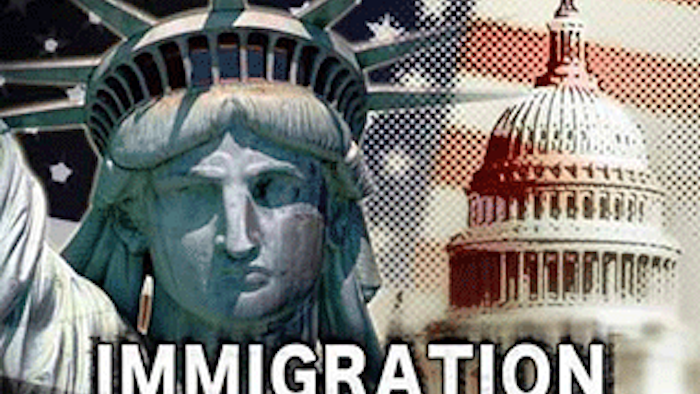 WASHINGTON (AP) — Some of the nation's leading businesses are prodding lawmakers to act on immigration legislation as the issue enters a critical phase on Capitol Hill.

In a letter to be released Tuesday, the chief executives of Coca-Cola, McDonald's, Loews Hotels, Tyson Foods, Cargill and a half-dozen other national and regional companies write that without action to overhaul ineffective immigration laws and allow lower-skilled workers into the country legally, their businesses cannot ensure the workforce they need.

"This is indispensable for our businesses, but it's also critical for the nation," the executives write. "Without a workable temporary visa program, the U.S. can have no hope of ending illegal immigration." A copy of the letter was obtained in advance by The Associated Press.

The letter comes as House Republican leaders confront a narrowing window to act on overhauling immigration laws nearly a year after the Senate passed a bipartisan bill with billions for border security and a path to citizenship for the millions now here illegally.

Many business lobbyists, advocates and others believe that if Congress does not act before leaving Washington for an annual August recess, there will be no chance of passing immigration legislation this midterm election year, and likely not until a new president has taken office in 2017. They are focused intently on the next month or so as the best and final opportunity to get the issue moving in the House.

Although House Speaker John Boehner has not publicly indicated any plans to bring bills to the floor, a small group of lawmakers and aides is working behind the scenes to ready legislation in case the opportunity emerges.

Advocates are intensely interested in the outcome of House Majority Leader Eric Cantor's primary election on Tuesday as a possible indication of chances for action. Cantor, R-Va., is facing a challenge from a tea party candidate who's accusing him of being pro-"amnesty," a charge Cantor has vigorously combated. Cantor is not seen as threatened in the election but his victory margin may give fresh evidence of the political potency of the topic, which so far has not emerged as a major issue in this year's primaries.

Meanwhile outside advocates and White House officials are working hard to keep immigration in the spotlight. President Barack Obama met at the White House Monday with a group of nurses to discuss the issue, which is one of his top second-term priorities. He told them he thought there was a 50-50 chance of House action in the next month — perhaps higher if they kept up their advocacy — according to Alvin Vitug, a 31-year-old registered nurse from Burbank, Calif., who attended.

If Congress doesn't move by August, Obama is widely expected to act on his own executive authority to take steps to curb deportations, which have reached record highs on his watch.

The largest contract to date went to a North Dakota company favored by President Trump.
May 21st, 2020
Follow Us
Most Recent