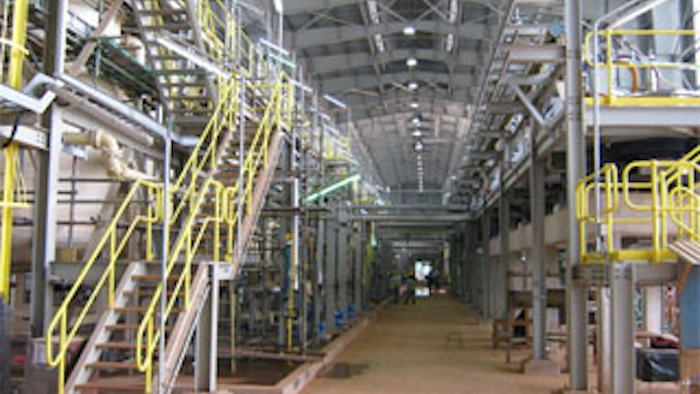 Tan Bun Teet, who heads the "Save Malaysia, Stop Lynas" coalition, said Friday the group received a letter from the science ministry rejecting its appeal to revoke a license granted to Lynas earlier this year. The letter cited a lack of scientific and technical justification.

Rare earths are 17 minerals used in the manufacture of hybrid cars, weapons, flat-screen TVs, mobile phones, mercury-vapor lights, and camera lenses. China has about a third of the world's rare earth reserves but supplies about 90 percent of what is consumed. It has placed restrictions on exports, sparking causing among manufacturers from Japan to the U.S.

The Malaysian government held a public hearing to review its decision amid protests by residents and civil groups over alleged health and environmental risks posed by potential leaks of radioactive waste. Controversy over the project poses a headache to the government with general elections expected this year.

Tan said the ministry instead told Lynas to submit a plan to immobilize radioactive elements in its waste, and an emergency response plan on dust control.

"The two conditions are flimsy and general in nature. They are not specific enough and will in no way safeguard or appease the fears of residents living in the area," he told The Associated Press. The group plans to challenge the government decision in court, he said.

The science ministry said in a statement Friday it rejected the coalition's appeal because there was "no strong justification nor scientific or technical basis" for it.

The ministry said the refinery would only be allowed to operate once Lynas complies with all the requirements, including the two extra conditions.

The Lynas plant in northern Pahang state will be the first rare earth refinery outside of China in years, and is expected to meet nearly a third of world demand for rare earths, excluding China.

Lynas has said its plant, which has state-of-the-art pollution control, was ready to go but the government review has blocked the company from bringing in raw material. The plant will refine ore from Australia.

Officials said the first phase of the plant cost 1.5 billion ringgit ($472 million), while construction of the second phase costing another 1 billion ringgit ($315 million) has started and is expected to double production capacity once completed by next year.

Lynas said output for the first phase has been sold out for the next decade and that the delay was causing losses to its suppliers and customers.

Malaysia's last rare earth refinery — operated by Japan's Mitsubishi group in northern Perak state — was closed in 1992 following protests and claims that it caused birth defects and leukemia among residents. It is one of Asia's largest radioactive waste cleanup sites.