Hostess Expects To Split Up Snack Cakes In Sale

Twinkies, Wonder Bread and Devil Dogs are likely to return to shelves in coming months, but probably not under the same owners. Hostess Brands Inc. said in bankruptcy court Friday that it's narrowing down the bids it received for its brands and expects to sell off its snack cakes and bread brands to separate buyers. 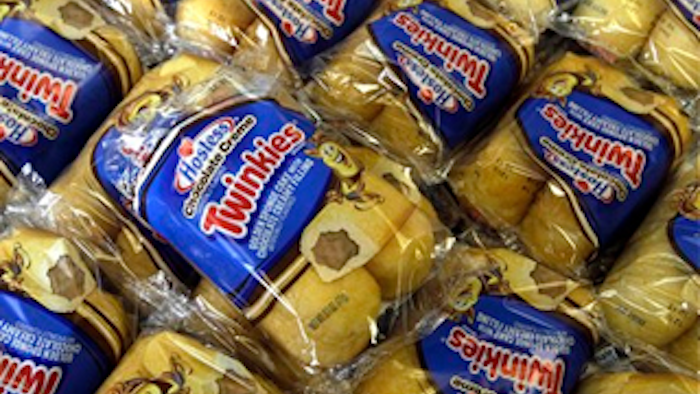 NEW YORK (AP) — Twinkies, Wonder Bread and Devil Dogs are likely to return to shelves in coming months, but probably not under the same owners.

Hostess Brands Inc. said in bankruptcy court Friday that it's narrowing down the bids it received for its brands and expects to sell off its snack cakes and bread brands to separate buyers. The testimony came from an investment banker for Hostess, which is in the process of liquidating.

A likely suitor has emerged for the namesake Hostess brand, which includes Twinkies, Ding Dongs and Ho Hos, along with Dolly Madison cakes, which includes Coffee Cakes and Zingers, said Joshua Scherer of Perella Weinberg Partners. He said another viable bid was made for Drake's cakes, which includes Devil Dogs, Funny Bones and Yodels. That bidder also wants to buy the Drake's plant in Wayne, N.J., which Scherer said is the country's only kosher bakery plant.

Additional bids have been submitted for its bread brands, which include Wonder and Home Pride. Hostess expects to file binding "stalking horse" bids for many of its brands in January, followed by a four-week auction process to allow competing bids. Closings for many brands could come as soon as mid-March, Scherer said.

Hostess, based in Irving, Texas, has said potential buyers include major packaged food companies and national retailers, such as big-box retailers and supermarkets. The company has stressed it needs to move quickly in the sale process to capitalize on the outpouring of nostalgia sparked by its bankruptcy.

To begin winding down its operations late last month, Hostess had said it would retain about 3,000 workers to shutter plants and perform other tasks. On Friday, an attorney for Hostess said in court that figure was down to about 1,100 employees. The liquidation of Hostess ultimately means the loss of about 18,000 jobs, not including those shed in the years leading to the company's failure.

The company's demise came after years of management turmoil and turnover, with workers saying the company failed to invest in updating its snack cakes and breads. Hostess filed for its second Chapter 11 bankruptcy in less than a decade early this year, citing steep costs associated with its unionized workforce.

The company was able to reach a new contract agreement with its largest union, the Teamsters, the bakers union rejected the terms and went on strike Nov. 9. A week later, Hostess announced its plans to liquidate, saying the strike crippled its ability to maintain normal production. Although Hostess sales have been declining over the years, they still clock in at between $2.3 billion and $2.4 billion a year.

When asked how much the brands are expected to fetch from buyers, Scherer said he would rather not say.