French President Francois Hollande demanded on Monday that the United States immediately stop its alleged eavesdropping on European Union diplomats and suggested that the widening surveillance scandal could derail free-trade negotiations worth billions. The Obama administration is facing a breakdown in confidence from key allies over secret surveillance programs that reportedly installed covert listening devices in EU offices. 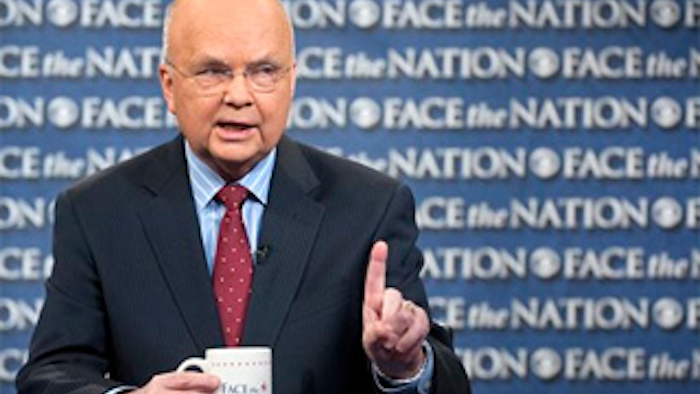 The Obama administration is facing a breakdown in confidence from key allies over secret surveillance programs that reportedly installed covert listening devices in EU offices. Many European countries had been muted about revelations of the wide net cast by U.S. surveillance programs, but their reaction to the latest reports indicate the Washington allies are unlikely to let the matter drop without at least a strong show of outrage.

U.S. Secretary of State John Kerry said Monday he didn't know the details of the allegations, but tried to downplay them, maintaining that many nations undertake lots of different kinds of activities to protect their national interests. He failed to quell the outrage from allies, including France, Germany and Italy.

"We cannot accept this kind of behavior from partners and allies," Hollande said on French television on Monday.

He insisted that the U.S. explain its practices and end the eavesdropping immediately. And he issued a veiled threat that France would dig in its heels on sensitive negotiations to ink a free-trade deal that would link countries that make up nearly half of the global economy. Such a deal would likely serve as a model for all future such agreements worldwide.

"We can only have negotiations, transactions, in all areas, once we have obtained these guarantees for France, but that goes for the whole European Union and I would say for all partners of the United States," he said.

Europe's outage was triggered by a Sunday report by German news weekly Der Spiegel that the U.S. National Security Agency bugged diplomats from friendly nations — such as the EU offices in Washington, New York and Brussels. The report was partly based on an ongoing series of revelations of U.S. eavesdropping leaked by former NSA contractor Edward Snowden.

Germany has been among the European countries most anxious to reach a trade deal with the U.S., and it will likely try to strike a careful balance in its criticism of Washington.

It is the second time, however, the free-trade talks have hung in the balance because of French concerns. Two weeks ago, as the EU was deciding on its mandate for the talks, France led an all-out campaign to keep cultural industries off the table that almost scuttled the negotiations.

The EU's executive in Brussels, the European Commission, also demanded an explanation. Their foreign affairs chief spoke to U.S. Secretary of State John Kerry on Monday about the reports at a security conference in Southeast Asia.

"I will say that every country in the world that is engaged in international affairs with national security undertakes lots of activities to protect its national security and all kinds of information contributes to that," Kerry said on the sidelines in Brunei, adding that he had been busy with meetings about the Mideast peace process and wasn't familiar with the specifics of the most recent claims.

"And all I know is that that is not unusual for lots of nations. But beyond that, I'm not going to comment any further until I have all the facts and find out precisely what the situation is," he said.

It's unclear how widespread similar practices actually are. But some in Europe have raised concerns that U.S. efforts include economic espionage against its allies. When asked whether Germany spies on its allies, Seibert responded: "It's not the policy of the German government to eavesdrop on friendly states in their embassies. That should be obvious."

Italy also stepped up its criticism of the surveillance on Monday, with Foreign Minister Emma Bonino saying Italy had asked the Americans for the "necessary clarifications for this very thorny issue." In a statement, Bonino said the Americans had promised to provide clarification to both the EU and individual member states.

Still, the threat to the trade negotiations is likely to be minimal. For one, technical negotiations often proceed at a level largely detached from political considerations and so far, there have been no EU plans to let the first round of the trans-Atlantic free trade talks from fall victim to discord over the snooping scandal. Such talks traditionally need to develop a momentum of their own and would suffer huge delays if they were held up each time there was political strike between the parties.

The U.S. government is organizing the first round from July 8-12 in Washington.

In addition, Italy has largely downplayed earlier reports of Snowden's revelations, even that the U.S. had spied on G-20 members, in part because Italians are so used to being listened in on by their own government.

Italy is the most wiretapped Western democracy, with transcripts of telephone intercepts of politicians and criminals routinely splashed on front pages.

France is far less eager for a deal than Germany and Hollande could face pressure from his allies on the left. The country's ecology party — which has two ministers in government — said Snowden should be given political asylum in France. France's far left party, Leftist Front, also called for asylum. Snowden has been in a no man's land at Moscow's airport for days.

According to the Der Spiegel report on Sunday, the NSA planted bugs in the EU's diplomatic offices in Washington and infiltrated the building's computer network. Similar measures were taken at the EU's mission to the United Nations in New York, the magazine said.

It also reported that the NSA used secure facilities at NATO headquarters in Brussels to dial into telephone maintenance systems that would have allowed it to intercept senior officials' calls and Internet traffic at a key EU office nearby.

The Spiegel report cited classified U.S. documents taken by Snowden that the magazine said it had partly seen. It did not publish the alleged NSA documents it cited nor say how it obtained access to them.