TX Law Gets Tough On Public, Private Drone Use

More than 40 state legislatures have debated the increasing presence of unmanned aircraft in civilian airspace, with most of the proposals focused on protecting people from overly intrusive surveillance by law enforcement. But Texas' law tips the scales in police favor — giving them broad freedoms to use drones during investigations and allowing them to bypass a required search warrant if they have suspicions of illegal activity. 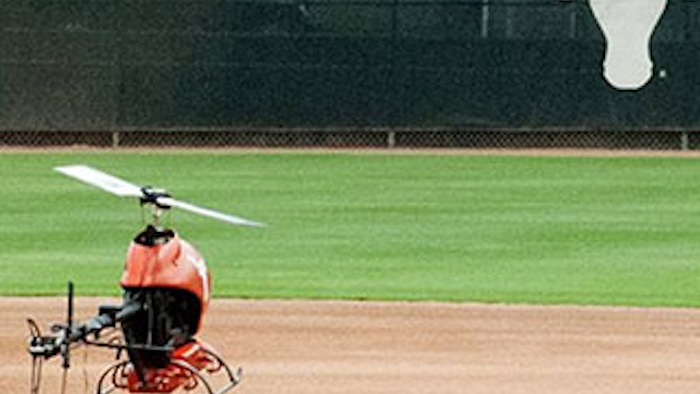 AUSTIN, Texas (AP) — A hobbyist using a remote-control airplane mounted with a digital camera just happened to capture images last year of a Dallas creek running red with pig's blood. It led to a nearby meatpacking plant being fined for illegal dumping and two of its leaders being indicted on water pollution charges.

Yet, a Texas law that took effect Sept. 1 tightened rules not on polluters but on taking such photographs, an effort to better protect private property from drone surveillance.

More than 40 state legislatures have debated the increasing presence of unmanned aircraft in civilian airspace, with most of the proposals focused on protecting people from overly intrusive surveillance by law enforcement.

But Texas' law tips the scales in police favor — giving them broad freedoms to use drones during investigations and allowing them to bypass a required search warrant if they have suspicions of illegal activity — while also limiting use of small drones by ordinary residents.

"Texas is really the outlier," said Allie Bohm, an advocacy and policy strategist at the American Civil Liberties Union.

The law makes using drones to capture images of people or property without permission punishable by a fine up to $500, while also allowing those improperly photographed or filmed to collect up to $10,000 in civil penalties if they can show that images were collected or distributed with malice.

Supporters say it makes Texas a national leader in ensuring privacy protections keep pace with technology while curbing possible corporate espionage and other unauthorized snooping. But critics worry it gives police too much leeway while trampling on the constitutional rights of private citizens and media outlets.

Republican state Rep. Lance Gooden said he introduced the bill to address concerns that ordinary Texans could use drones to spy on private property, as well as in response to fears that animal rights groups or environmentalists could keep tabs on livestock ranches or oil pipelines. But he said exceptions were added after law enforcement agencies worried the drone bans would make it difficult to do their jobs.

"We didn't think that the Constitution gives someone the right to invade someone else's privacy," said Gooden, from Terrell, east of Dallas.

Congress has directed the Federal Aviation Administration to provide drones widespread access to domestic airspace by 2015, and the agency predicts that perhaps 7,500 small commercial unmanned aircraft could be operating domestically five years after that.

Seven states have passed drone restrictions nationwide, with measures in Illinois, Florida, Montana and Tennessee mostly protecting individual privacy rights, requiring that law enforcement obtain warrants when using drones or prohibiting images collected from them from being used in court. Virginia, meanwhile, declared a two-year moratorium on drone use by law enforcement so it can study the privacy implications.

Only Texas and Idaho restrict drone use by private citizens as well as public entities, however, and Texas' broad exception allows police or law enforcement contractors to forgo a search warrant if they "have reasonable suspicion or probable cause." Other states only waive warrant requirements in cases of catastrophe or terrorist attack.

Lon Craft, director of legislative affairs for the Texas Municipal Police Association, said it still goes too far, though.

"I'm OK if they want to limit citizens, but don't tie the hands of law enforcement," said Craft, who said he used to employ drones as part of a narcotics task force in Harris County, which includes Houston.

That use is one of more than 40 exceptions in the Texas law. Others permit drone use anywhere within 25 miles of the U.S. border and by everyone from students conducting scholarly research to real estate brokers taking promotional pictures.

Still, clamor for the law was such that, with time running out to pass bills in the state House in May, a chant of "Drones! Drones! Drones!" filled the chamber. It was approved with more than 100 bipartisan co-sponsors.

Todd Humphreys, director of the University of Texas' Radionavagation Laboratory, said he believes the state has struck fair balance but also noted that much of what's prohibited is still acceptable for anyone with a camera and a long lens in a car, helicopter or plane.

"You can see, all through this legislation, examples of people just being spooked by these vehicles," Humphreys said. "They associate them with war or surveillance like something out of '1984'."

Alicia Calzada, an Austin-based attorney and former photojournalist, noted: "Any time you need that many exceptions to a bill, it's a sign you're going down the wrong road."

Gooden said the law won't affect journalists because covering news doesn't meet the definition of surveillance. And the hobbyist's discovery of pig's blood would fall under exceptions that allow drones to hunt for environmental hazards, he said.

But Gooden added that instance of uncovering wrongdoing shouldn't trump privacy protections for all Texans.

"We could scrap the section of the Constitution that says you've got to get a search warrant, and then law enforcement can just go search a random 100 houses every night," he quipped. "I'm sure they'd find something."