Anaheim, Calif.-based Fisker, which planned to build cars at a former General Motors plant in Delaware, filed for bankruptcy protection last week, ending a long, downward spiral that began after it received a $529 million loan commitment from the U.S. Department of Energy. 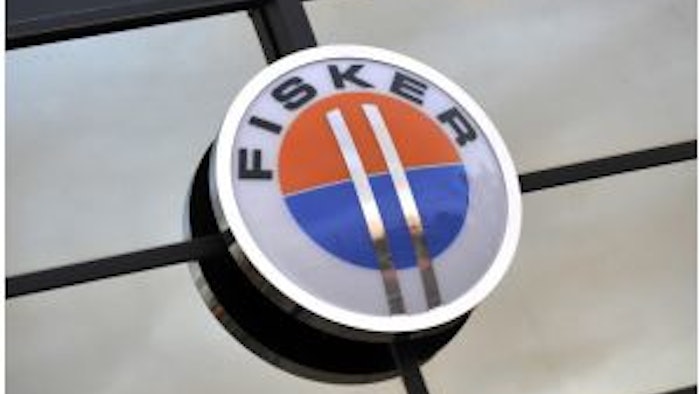 WILMINGTON, Del. (AP) -- A Delaware judge on Tuesday kept the bankruptcy case of electric carmaker Fisker Automotive on the fast track, with a hearing scheduled for Jan. 3 on its proposed sale.

Anaheim, Calif.-based Fisker, which planned to build cars at a former General Motors plant in Delaware, filed for bankruptcy protection last week, ending a long, downward spiral that began after it received a $529 million loan commitment from the U.S. Department of Energy. Fisker drew $192 million on the Obama administration's green-energy loan before DOE officials suspended funding in 2011 after the automaker failed to meet several sales milestones for its Karma luxury vehicle.

The Energy Department recovered about $28 million before selling the remainder of its loan last week for $25 million to Hybrid Technology LLC, resulting in a loss to taxpayers of $139 million. Delaware taxpayers are on the hook for about $20 million in loans and grants provided to Fisker in hopes of resurrecting vehicle production at the shuttered GM plant in Wilmington.

Hybrid, owned by Hong Kong billionaire Richard Li, is seeking to buy Fisker in bankruptcy, using a $75 million credit bid based on the money it is owed as the company's senior secured lender. Hybrid is providing no-fee bankruptcy financing to Fisker as it works to complete the sale.

"We believe we have a buyer who has a vested interest in this company, who has stood by this company when nobody else would," Fisker attorney Ryan Preston Dahl told U.S. Bankruptcy Judge Kevin Gross.

But attorneys for the U.S. trustee and for two unsecured creditors expressed reservations about the speed with which Fisker was moving, saying creditors need time to review the proposed sale.

The unsecured creditors are owed an estimated $250 million but stand to receive a minimum total cash distribution of only $500,000.

The judge himself expressed concern about the tight time frame, noting that a committee of unsecured creditors has yet to be formed.

"If we rush this, we're all going to be sorry," said Gross, who nevertheless scheduled several hearing dates after attorneys for Fisker assured him that they would work with creditors' attorneys to address their concerns.

Mark Kenney, an attorney for the U.S. trustee, indicated that a creditors committee should be formed sometime next week, in advance of a Dec. 10 hearing on whether to grant conditional approval of the disclosure statement that explains Fisker's bankruptcy plan to creditors.

Dahl told Gross that Fisker, which has less than $20,000 in available cash, fell victim to a "perfect storm" of operational and financial setbacks, ranging from production delays and the resulting suspension of the DOE loan to problems with a key battery supplier and even inventory losses from Superstorm Sandy, which destroyed hundreds of vehicles at a port in New Jersey.

Fisker's Chapter 11 filing already has resulted in one lawsuit, with a former employee filing a complaint in the bankruptcy case Wednesday claiming that he and some 160 other workers were terminated in April without the required 60 days' notice and are owed almost $4 million in unpaid wages and benefits. A similar lawsuit was filed in April in federal court in California.