Nixon on Friday called a special legislative session to begin Monday in order to approve an economic incentives package of up to $150 million annually that he said must be completed quickly before Boeing decides where to the build the new commercial airplane. 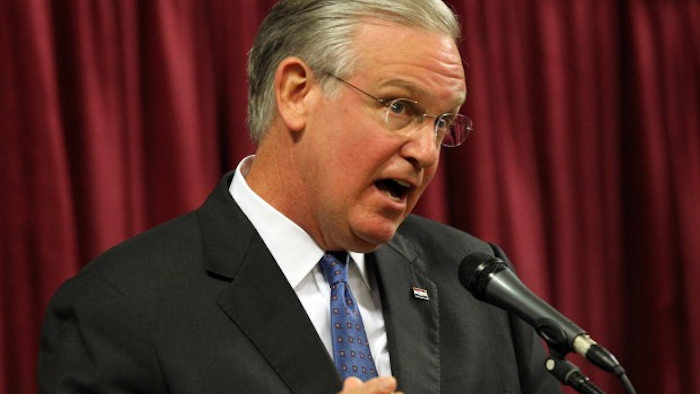 JEFFERSON CITY, Mo. (AP) -- Gov. Jay Nixon wants state lawmakers back at the Capitol next week in hopes of persuading the Boeing Co. to land its new 777X jet plant in Missouri.

Nixon on Friday called a special legislative session to begin Monday in order to approve an economic incentives package of up to $150 million annually that he said must be completed quickly before Boeing decides where to the build the new commercial airplane.

The aid for "large scale aerospace projects" would be offered through four existing Missouri programs that help finance job training and infrastructure improvements and reward companies for expanding their payrolls.

Lawmakers will have to act quickly, because states face a Dec. 10 deadline to submit proposals to Boeing, Nixon said. The company hopes to make a decision early next year. Boeing already employs about 15,000 people in Missouri, including thousands of machinists in the St. Louis region.

"Building this next-generation commercial aircraft in Missouri would create thousands of jobs across our state and secure our position as a hub for advanced aerospace manufacturing — and that's why I am committed to competing for and winning this project," Nixon said Friday in an emailed statement.

Missouri lawmakers are to convene their regular session Jan. 8. Calling a special session allows the governor to limit the focus of what lawmakers can consider — in this case, only the airline incentives. Deferring to the regular session could have created delays because the incentives would have competed with other topics on the legislative agenda.

Legislative leaders have generally supported the Boeing project but have reserved judgment on the specific incentives package.

"I think it's exciting that we're being considered, but we are a long way from being awarded the contract," said House Speaker Tim Jones, R-Eureka. "We just have to put our best foot forward."

Jones said House Republicans will caucus Monday and rely on the Democratic governor to put forward specific legislation. He said it makes sense for that legislation to start in the Senate, where the proposal could face its biggest test from some Republicans who have sought to curtail other tax credits.

"I am strongly opposed to the tax credit," said Sen. Ed Emery, R-Lamar. "I'm not sure what it would take to convince me that it's a good idea, given the way it picks winners and losers and favors the giants like Boeing against the job creators like other small businesses."

Jones said that because of the tight deadline, it's best to consider the Boeing incentives as a stand-alone item and tackle a more comprehensive tax credit overhaul during the regular session.

Nixon's special session proclamation makes no mention of offsetting the additional incentives with reductions to existing incentives, such as those for low-income housing or historic preservation.

The governor said he's not seeking to create something special for Boeing.

"It's important to note that these are the same targeted, fiscally responsible programs that are available to any company creating significant numbers of high-paying, family-supporting jobs," Nixon said. "This legislation will simply give us added capacity to compete for this type of massive aerospace project."

Any incentives Missouri offers could face stiff competition. Officials in Alabama, California, South Carolina, Texas and Utah are among those who have discussed trying to entice the company.

"We've sent out requests for proposals to more than a dozen locations," Boeing spokesman Doug Alder said in an email Friday. "We'll be taking a look at all of them once they come back in mid-December."

Nixon met with Boeing executives last week in St. Louis and later issued a statement in which he said the meeting had been "extremely productive."

Boeing initially offered to build its 777X in Washington state but sought concessions from union machinists. After the union rejected a proposed contract, Boeing started talks with other locations. Washington state still plans to compete, and a package of tax breaks valued at $9 billion through 2040 was approved during a November special session.

Lawmakers in 2008 authorized $240 million of tax credits for Bombardier Aerospace to build passenger jets near Kansas City International Airport, but the company chose to manufacture them near its Montreal headquarters.

Two years later during a special session, Missouri authorized up to $150 million of incentives over a decade for the automotive industry. Those have been used by Ford and General Motors to expand production in the Kansas City and St. Louis areas.