Cheap natural gas will have a greater impact on U.S. manufacturing over the next several years than is commonly assumed, giving the U.S. a powerful cost advantage that will benefit a wide range of industries across the full value chain, from feedstock to finished goods. 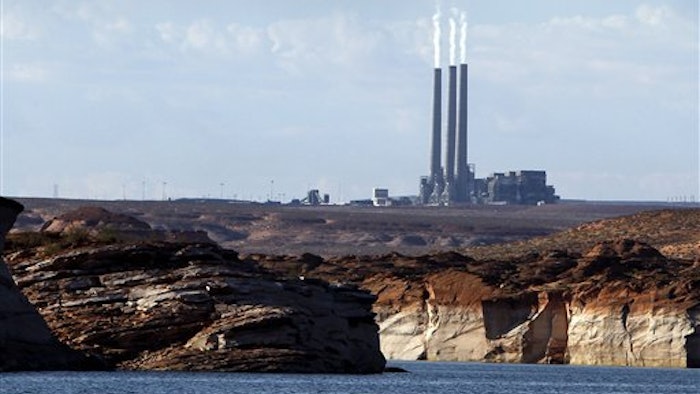 CHICAGO — Cheap natural gas will have a greater impact on U.S. manufacturing over the next several years than is commonly assumed, giving the U.S. a powerful—and unique—cost advantage that will benefit a wide range of industries across the full value chain, from feedstock to finished goods. This cost advantage has already started to boost investment and employment and will persist for at least five years, according to new research released today by The Boston Consulting Group (BCG).

While other studies have assessed the positive economic impact of rising U.S. production of natural gas on the domestic energy sector and on industries such as petrochemicals that use natural gas as a raw material, the new BCG analysis finds that virtually every manufacturer in the U.S. is poised to benefit—directly or indirectly. Low U.S. electricity prices in natural-gas-fired plants, for example, are already encouraging investment in energy-intensive industries such as steel and glass. Not yet visible are the advantages that makers of intermediate products, such as plastic-resin pellets, and makers of finished goods, such as plastic toys and plastic auto parts, will reap from cheaper inputs. Even in less energy-intensive industries, cheap natural gas will shave 1 to 2 percent off of U.S. manufacturing costs as the benefits eventually flow downstream through the value chain.

The energy cost advantage is amplified by the fact that overall U.S. manufacturing competitiveness is already improving owing to relatively low labor costs compared with those of other developed economies, rapidly rising wages in China, and high productivity, as explained in previous BCG publications. The research is part of the firm’s ongoingMade in America, Again series produced by its Operations and Global Advantage practices.

“Several major forces are aligning right now that are dramatically reversing the fortunes of a U.S. manufacturing sector that many gave up for dead just a few years ago," said Harold L. Sirkin, a BCG senior partner and a coauthor of the study. “The energy advantage and improved competitiveness are unique to the U.S. and are accelerating an American manufacturing renaissance.”

Wholesale prices for natural gas have fallen by around 50 percent since 2005, when large-scale recovery from underground shale deposits through hydraulic fracturing began in earnest. Natural gas currently costs more than three times as much in China, France, and Germany than in the U.S. and nearly four times as much in Japan. U.S. prices are expected to remain within a range of $4 to $5 per thousand cubic feet for several decades. What's more, because it will take many years before other nations are able to begin large-scale recovery of shale gas and before the U.S. can export domestic supplies, the low-cost advantage will be largely exclusive to the U.S. for at least five to 10 years.

Cheap natural gas is enhancing U.S. manufacturing competitiveness in several important ways. The most immediate beneficiaries are manufacturers of a wide range of petrochemicals, which enjoy a cost advantage of up to 50 percent over their counterparts in Europe and Asia. As a primary feedstock, these chemicals use ethane, which is also found in many natural-gas fields, as well as propane and butane, which are byproducts of natural-gas production. Much of those cost savings will pass to downstream manufacturers that use those petrochemicals to make everything from plastics to synthetic fabrics—and eventually to U.S. consumers.

Natural gas is used increasingly as a fuel in U.S. power plants. Therefore, it is likely to ensure that the price of industrial electricity will remain between one-quarter and two-thirds the cost of electricity in major exporting nations such as China, Japan, Germany, France, and Italy for a significantly long time. This will benefit all manufacturers to a varying degree, but in particular energy-intensive industries such as glass and steel. The BCG research estimates that low natural-gas prices help give U.S.-based glass makers a 40 percent cost advantage over South Korean producers, for example, and a 63 percent advantage over German producers. A new steel mill using direct-reduced iron (DRI) technology, which uses low-cost natural gas, produces iron (the key ingredient in steel) substantially more cheaply than mills using conventional blast furnaces.

A Boon for Domestic and Foreign Manufacturers in the U.S.

“Companies from around the world are already taking notice and beginning to make long-term manufacturing investments in the U.S. to take advantage of low-cost natural gas,” said Michael Zinser, a BCG partner and coleader of the firm’s Manufacturing practice. “Already tens of billions of dollars in new investments have been announced, and we expect to see more such investment in the near future.”

Some of the most widely publicized investments have been in chemical production. Formosa Plastics, for example, is spending about $2 billion on a new ethylene plant and downstream assets in Point Comfort, Texas, in part because of the availability of shale gas feedstock. In Louisiana, Sasol plans to a build a world-scale ethane cracker in Lake Charles, and Methanex is relocating two methanol plants from Chile to Ascension Parish.

There also has been a surge in investment in new U.S. steel plants, most of them using a DRI process. Nucor Steel, for instance, recently began production at a $750 million DRI plant in Louisiana. Other steelmakers are adding U.S. capacity to meet demand from the energy industry. In Youngstown, Ohio, Vallourec built a $1 billion plant to supply steel pipe to companies extracting shale gas.

“A number of industries are already nearing a tipping point where it will be more economical to make many goods in the U.S.,” said Justin Rose, a BCG partner and another coauthor. “The energy advantage helps them reach that tipping point faster.”