U.S. safety regulators are demanding that General Motors turn over documents detailing what the company knew about a dangerous ignition problem that has been linked to 13 car-crash deaths. 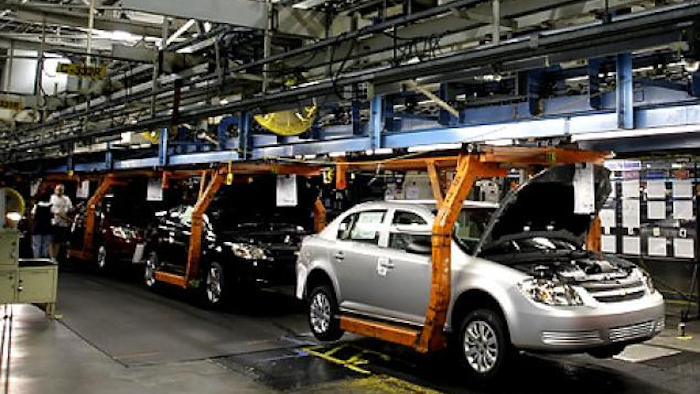 DETROIT (AP) -- U.S. safety regulators are demanding that General Motors turn over documents detailing what the company knew about a dangerous ignition problem that has been linked to 13 car-crash deaths.

The National Highway Traffic Safety Administration is investigating how GM handled the problem, which triggered the recall of 1.6 million older-model compact cars worldwide. GM has acknowledged it knew of ignition troubles a decade ago but didn't recall the cars until last month.

GM received an order seeking the information on Tuesday, company spokesman Alan Adler said. In a statement issued Wednesday, Adler said the company is cooperating and welcomes the chance to help NHTSA fully understand the facts.

GM has until April 3 to produce the documents. In similar cases, such as the Toyota unintended acceleration recalls, NHTSA has demanded large volumes of information.

NHTSA wants the documents to determine if GM delayed its response or withheld evidence. If either case, NHTSA could fine GM up to $35 million. Automakers are required to inform NHTSA of safety defects within five days of discovering them.

Such a fine would be a record for NHTSA, but essentially is pocket change for GM, which made $3.8 billion last year.

Still, the facts surrounding the recall are embarrassing for GM and could scare away consumers. Since undergoing a painful bankruptcy in 2009, GM has removed layers of bureaucracy, improved the quality of its vehicles and is quicker to issue recalls when problems occur. However, the admission that its procedures were lacking 10 years ago shows how the old culture can still haunt the automaker.

In an effort to reassure employees and customers, GM's new CEO Mary Barra on Tuesday promised an "unvarnished" internal investigation to figure out what happened and prevent it from recurring.

"We want our customers to know that today's GM is committed to fixing this problem in a manner that earns their trust," GM's Adler said.

The maximum fine NHTSA can charge was more than doubled last year under legislation approved by Congress after the Toyota recalls. But critics say it still isn't enough to deter bad behavior by automakers.

GM says a heavy key ring or jarring from rough roads can cause the ignition switch in those vehicles to move out of the run position and shut off the engine and electrical power. That can knock out power-assisted brakes and steering and disable the front air bags. In the fatalities, the air bags did not inflate, but the engines did not shut off in all cases, GM said.

It was unclear whether the ignition switches caused the crashes, or whether people died because the air bags didn't inflate.