Business orders for long-lasting manufactured goods fell by a record amount in August, dragged lower by a plunge in demand for commercial aircraft. 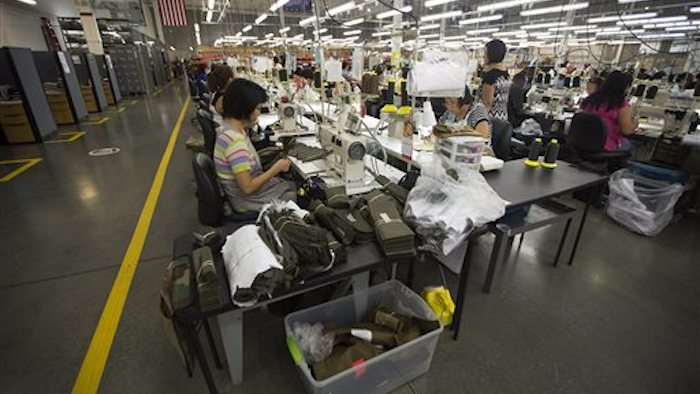 Washington — Business orders for long-lasting manufactured goods fell by a record amount in August, dragged lower by a plunge in demand for commercial aircraft. But orders in a key category that tracks business investment plans posted a gain.

Orders for durable goods fell 18.2 percent in August following a 22.5 percent increase in July, the Commerce Department reported Thursday. Both the big increase and the big drop were records. They reflected a sharp swing in demand for commercial aircraft, an extremely volatile category that can skew overall results. Airplane orders fell 74.3 percent in August.

A key category that serves as a proxy for business plans for investment rose 0.6 percent. Manufacturing production has been a key source of strength for the economy this year, and economists are looking for this to continue.

Economists are looking for businesses to step up spending to expand and modernize their operations, a move that will help economic growth.

In addition to the decline in demand for commercial aircraft, orders for motor vehicles and parts also fell, declining 6.4 percent after a 10 percent increase in July. The August dip was expected to be temporary given the strong sales gains automakers have enjoyed this year.

Excluding the volatile transportation category, orders would have risen 0.7 percent in August after a 0.5 percent drop outside of transportation in July.

A separate report from the Federal Reserve showed that manufacturing output declined 0.4 percent in August, marking the first decline in seven months. The drop in production came from a sharp fall in production at auto plants, due mainly to seasonal adjustment issues.

Broad increases in manufacturing this year have pointed to stronger growth across the economy, suggesting that manufacturers expect business investment and consumer spending to improve in the coming months.

Factories are benefiting from strong demand for aircraft, furniture and steel. The boost in manufacturing has helped to offset a slowdown in home building. But U.S. manufacturers face challenges in some of their major export markets. The European economy is performing sluggishly while slower growth in China has weighed on business activity in that country.

The U.S. economy, as measured by the gross domestic product, grew at a 4.2 percent annual rate in the April-June quarter. It was a significant rebound from the 2.1 percent contraction in the first quarter that reflected in part a severe winter that disrupted the economic activity. That GDP figure will be revised for a final time on Friday and many economists believe it will adjusted higher, to a growth rate of 4.6 percent.

Economists expect that continued gains in employment will spur consumer spending and translate into annual growth of around 3 percent in the second half of this year.