The FBI has been using drones to support its law enforcement operations since 2006 and has spent more than $3M on the unmanned aircraft, the Justice Department's internal watchdog said. The disclosure came in a new report by the Justice Department's inspector general, Michael Horowitz, who revealed that the department also has awarded $1.26M to at least seven local police departments and nonprofit organization for drones.

WASHINGTON (AP) — The FBI has been using drones to support its law enforcement operations since 2006 and has spent more than $3 million on the unmanned aircraft, the Justice Department's internal watchdog said Thursday.

The disclosure came in a new report by the Justice Department's inspector general, Michael Horowitz, who revealed that the department also has awarded $1.26 million to at least seven local police departments and nonprofit organization for drones.

In addition, the IG said another Justice Department component, the Bureau of Alcohol, Tobacco, Firearms and Explosives, plans to use drones to support future operations. To date, the ATF has spent almost $600,000, the IG report stated.

From 2004 to May 2013, the Justice Department spent almost $5 million on the unmanned aircraft.

In June, then-FBI Director Robert Mueller told Congress that the FBI occasionally uses the unmanned aerial vehicles but was developing guidelines in anticipation of issues that will arise "as they become more omnipresent." In one instance earlier this year, the FBI used drones at night during a six-day hostage standoff in Alabama.

In a letter in July to Sen. Rand Paul, R-Ky., the FBI revealed it had used drones 10 times since 2006 for surveillance in kidnappings, search and rescue missions, and drug and fugitive investigations. Among them was last winter's standoff between authorities and Jimmy Lee Dykes, who was shot to death after holding a 5-year-old boy hostage in an underground bunker in Alabama, the letter said.

The IG's report cited the Alabama case, but no others, saying only that a review of available records showed that the FBI appeared to be operating drones only after obtaining required approvals from the Federal Aviation Administration.

Civil liberties groups critical of domestic drone use say such operations could invade people's privacy. The government worries drones could collide with passenger planes or crash, concerns that have slowed more widespread adoption of the technology.

Paul, mentioned as a possible 2016 GOP presidential candidate, had been thwarting the Senate confirmation vote of Mueller's successor, James Comey, over his concerns about the FBI's domestic use of drones and had asked the FBI to address his concerns.

The FBI's letter to Paul also said that while the Supreme Court had not ruled on the use of drones, prior rulings on aerial surveillance held that court warrants were not needed because the areas monitored were open to public view and "there was no reasonable expectation of privacy."

The agency also wrote that a warrant would not be needed because drones don't physically trespass on private property.

The IG report, however, suggested that drones might present special challenges in the realm of civil liberties.

For example, said the IG report, drones have the "unique capability" to maneuver effectively yet covertly in the areas surrounding a home, where expectations of privacy are not clear or well-defined. In addition, said the IG, drones are capable of extended flight times of several hours or even days, which could have legal implications whether the tracking was performed on private or public property.

The IG recommended the formation of a Justice Department working group to determine whether drones require their own legal policy, distinct from those of manned aircraft. The deputy attorney general's office agreed with the recommendation.

Civilian versions of unmanned military aircraft that have tracked and killed terrorists in the Middle East and Asia are in demand by police departments and border patrol units. Justice Department officials told the IG's office that none of their drones were armed. Law enforcement agencies want drones for a bird's-eye view that's too impractical or dangerous for conventional planes or helicopters to obtain.

The drones purchased by the Justice Department are what the FAA calls "small UAVs," unmanned aerial vehicles that weigh up to 55 pounds.

The FBI has said its unmanned aerial vehicles are used only to conduct surveillance operations on stationary subjects. In each instance, the FBI first must obtain the approval of the FAA to use the aircraft in a very confined geographic area.

Two other Justice Department components, the Drug Enforcement Administration and the U.S. Marshals Service, have purchased drones for testing, but said they had no plans to deploy them operationally, the IG's report said. The Marshals service spent $75,000. The DEA acquired its drone from another federal agency at no cost, and said it planned to transfer the craft to another agency. The Marshals Service said it planned to destroy its drones because they were obsolete and no longer operable.

Regarding potential privacy concerns, both the FBI and ATF told the IG's office they did not believe there was any practical difference between how a drone collects evidence and how that's done by a manned aircraft, the report said.

The FBI told the IG that bureau guidelines require that agents get supervisor approval before conducting any aerial surveillance and comply with aviation laws and policies. As of May, the ATF said it was developing a checklist to guide how drone operators conduct flights.

"These officials did not believe that there was a need to develop additional privacy protocols" for drones, the IG's report said.

A senior policy analyst with the American Civil Liberties Union, Jay Stanley, said: "We urge the Justice Department to make good on its plans to develop privacy rules that protect Americans from another mass surveillance technology."

He added that Congress should pass legislation requiring law enforcement to get judicial approval before deploying drones, and explicitly forbid the arming of such machines.

In April, Virginia enacted a two-year moratorium on drone use except in cases of imminent loss of life. Many other state legislatures and municipalities are considering similar measures.

In addition to the money spent by the FBI and ATF, the Justice Department has awarded $1.26 million for drones to at least seven local police departments and nonprofit organizations since 2007.

Five of the seven grants were used to buy drones. The awards to Miami-Dade and San Mateo were provided solely to evaluate drones for use in the field.

The aerospace industry forecasts a worldwide deployment of almost 30,000 drones by 2018, with the United States accounting for half of them. 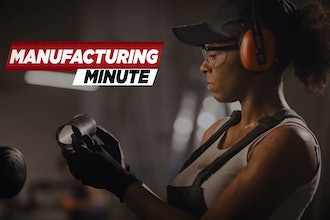