Toyota Motor Corp. is recalling 6.39 million vehicles globally for a variety of problems spanning nearly 30 models in Japan, the U.S., Europe, and other places. 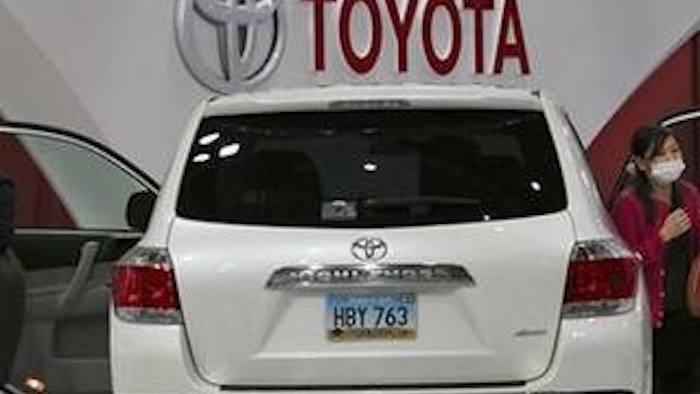 TOKYO (AP) -- Toyota Motor Corp. is recalling 6.39 million vehicles globally for a variety of problems spanning nearly 30 models in Japan, the U.S., Europe, and other places.

No injuries or crashes have been reported related to the recalls announced Wednesday. But two reports of fires are linked to one of the problems, a defective engine starter that can keep the motor running.

Some vehicles were recalled for more than one problem. The recall cases total 6.76 million vehicles for 27 Toyota models, the Pontiac Vibe and the Subaru Trezia, produced from April 2004 through August 2013.

The Pontiac Vibe, which is a General Motors Co. model, is also involved because Toyota and GM made cars at the same plant in California and the recalled model is the same as the Toyota Matrix. It was recalled for a problem with a spiral cable attached to an air-bag. It is unrelated to a separate GM recall over ignition switches linked to at least 13 deaths.

Subaru is partly owned by Toyota, and the model was the same as the Toyota Ractis.

For the recall, Toyota also reported problems with seat rails, the bracket holding the steering column in place, the windshield-wiper motor and a cable attached to the air-bag module.

The recalls affect a large range of models, including the Corolla, RAV4, Matrix, Yaris, Highlander, and Tacoma.

Toyota was embroiled in a massive recall crisis in the U.S. starting in late 2009 and continuing through 2010, covering a wide range of problems including faulty floor mats, sticky gas pedals and defective brakes. In response, it has become quicker to recall cars and

Last month, the Japanese automaker reached a settlement with the U.S. Justice Department to pay a $1.2 billion penalty for hiding information about defects in its cars. It earlier paid fines of more than $66 million for delays in reporting unintended acceleration problems.

The National Highway Traffic Safety Administration never found defects in electronics or software in Toyota cars, which had been targeted as a possible cause.

The focus in the U.S. auto industry has recently shifted to another major recall problem, this time with defective ignitions in compact cars made by GM.