General Motors is working out how it will spend the money saved by scrapping ads on Facebook and pulling out of the Super Bowl. 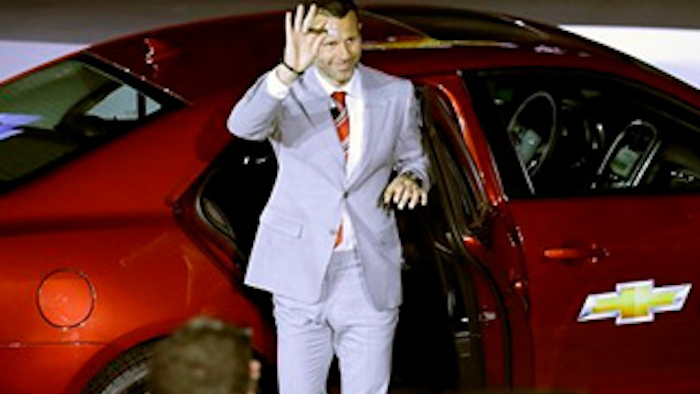 DETROIT (AP) — General Motors is working out how it will spend the money saved by scrapping ads on Facebook and pulling out of the Super Bowl.

But it has decided that at least some will go toward a five-year deal to make Chevrolet the official automotive sponsor of Manchester United, the popular British soccer club.

GM formally announced the partnership on Thursday, saying that it's part of the plan to make Chevy an iconic brand across the globe. Under the Manchester United deal, Chevrolet will sponsor preseason matches in China against Shanghai Shenhua and a yet-to-be announced team.

The company wouldn't say how much the deal will cost. Paul Edwards, its executive director for global marketing strategy, says it has nothing to do with GM's decisions on Facebook and the Super Bowl.

Manchester United claims to be the most popular sports franchise in the world. Its fan base has doubled in the past five years to 659 million people, according to research done for the team. That's nearly one tenth of the world's population. Half of the fans are in Asia, with many in China, where GM sells more cars than in any other country.

While the deal should help Chevy globally, GM will keep strong ad campaigns and sponsorships in each of its regions, including sporting events and concerts in the U.S., Edwards says.

GM's shunning of Facebook and the Super Bowl brought criticism from the advertising and auto industries, and it left many wondering about GM's strategy. For instance, the Super Bowl audience would have been a perfect for the company, which will introduce new pickup trucks next year.

The Detroit company will no longer spend $10 million for ads on Facebook pages because they aren't effective, it says. It will continue to have pages for its cars, trucks and brands. Those pages, just like ones for people, are free, although GM will still spend millions on videos and other content for them."

The company also said it pulled out of the Super Bowl after CBS, the network airing the game, raised prices.

The Manchester United deal "doesn't mean we're walking away from Major League Baseball here in the U.S., or the National Football League," he says.

GM will spend the Super Bowl money in more places more often to attract a big audience, Edwards says. For example, GM will reach truck customers through upcoming events such as the Summer Olympic in London, baseball and football games leading up to the Super Bowl.

Manchester United got its fan base data from the Kantar research firm, which surveyed 54,000 people in 39 countries. A similar survey in 2007 indicated that Manchester United had 333 million fans, based on 27,000 responses.