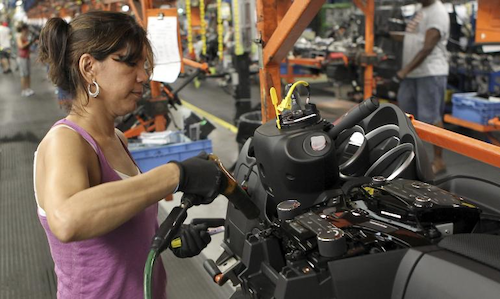 The increase, the largest since the previous October, was primarily attributed to the volatile commercial airplanes sector, the Associated Press reported. Demand for plans spiked by roughly 94 percent last month.

The AP, meanwhile, noted that orders for non-defense capital goods, excluding aircraft, were off by 4 percent compared to the same month last year. That metric helps track business investment and suggested that spending "remains under stress" despite economists' optimism about the latter half of 2016.