An accident at an aluminum refinery in central China has killed 11 workers, state media and a local official said Thursday, pointing to continuing industrial safety problems despite government-ordered improvements. 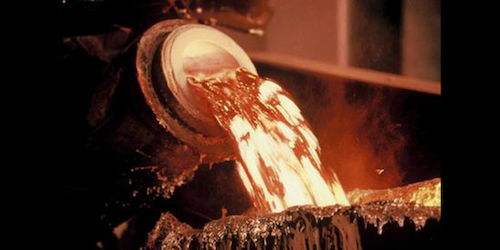 The accident Wednesday at the Aluminum Corp. of China facility in the city of Zhengzhou occurred when equipment that the workers were dismantling collapsed on top of them. The official Xinhua News Agency said eight other workers were injured.

An official with the Zhengzhou city government confirmed the death toll Thursday but declined to give details or her name.

Authorities have sought to improve industrial safety and the storage of dangerous products since a massive series of explosions at a chemical warehouse in the eastern port city of Tianjin last August killed 173 people — the bulk of them firefighters and police — in one of China's worst-ever workplace accidents.

Chinese aluminum producers are among the bloated industries Washington and other trading partners complain are dumping exports too cheaply, hurting foreign competitors and threatening jobs.

China recently promised to rein in production of steel that is flooding global markets but made no commitments on aluminum.