Nearly four in 10 global manufacturers plan to allocate significant funding toward advanced technologies in the next two years, according to a new survey from auditing firm KPMG. 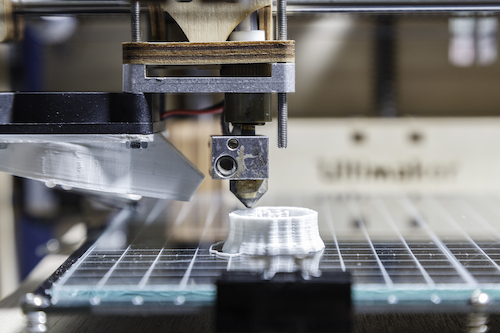 Nearly four in 10 global manufacturers plan to allocate significant funding toward advanced technologies in the next two years, according to a new survey from auditing firm KPMG.

KPMG's 2016 Global Manufacturing Outlook survey — which polled 360 executives, including 80 in the U.S. — found that 39 percent of respondents expected research and development spending to be devoted to those technologies, including robotics and 3D printing.

One quarter of participants indicated that their companies are already invested in artificial intelligence and cognitive computing.

“The need to become more digital has never been greater and investments in new technologies are a way to enhance agility, flexibility and speed to market when launching new products and services," said Doug Gates, KPMG’s Global Chair of Industrial Manufacturing.

Eighty-four percent of poll participants expected to alter the range of products offered over the next 12 to 24 months; of those respondents, KPMG said, more than half expect to make significant investments and launch one or more new products.