The Schaeffler Group is increasing its capacity at two U.S. locations by building new manufacturing halls and administration buildings which will, in total, create more than 350 new jobs. 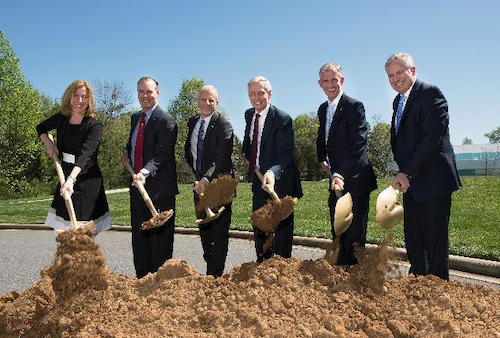 The Schaeffler Group is expanding in North America at its Wooster, Ohio and Fort Mill, South Carolina locations. The automotive supplier is reacting to the increasing global demand for its systems and components by building new manufacturing and administration facilities at both locations. Schaeffler is investing a total of 83.6 million euros in the U.S.

Expansions and 250 additional employees in Wooster

Schaeffler is investing a total of $60 million, the equivalent of approximately 52 million euros, in its Wooster, Ohio facility. The expansion, which is approximately 8,500 square meters, will include production space, a shipping hall and offices while creating 250 new jobs. Schaeffler is already the largest employer in Wooster with over 1,700 employees. The location in Northeast Ohio designs and manufactures components for automatic transmissions such as torque converters and converter lockup clutches for the automotive industry. The company will break ground in June 2016 and completion is planned for 2017.

Schaeffler is investing $36.5 million, the equivalent of about 31.6 million euros, in the expansion of one of its two plants and the addition of a corporate office building in Fort Mill, South Carolina. The expansion will create additional space for production and the corporate office will include a conference center, offices and a company restaurant. In addition, the plant entrance is being remodeled. More than 100 new jobs will be created in Fort Mill within a short time. Around 1,200 people are currently employed at the Ft Mill facility. It produces rolling bearings, bearing components and camshaft phasing units. It also serves as the regional headquarters. The project will be completed and production will launch in the fall of 2017.